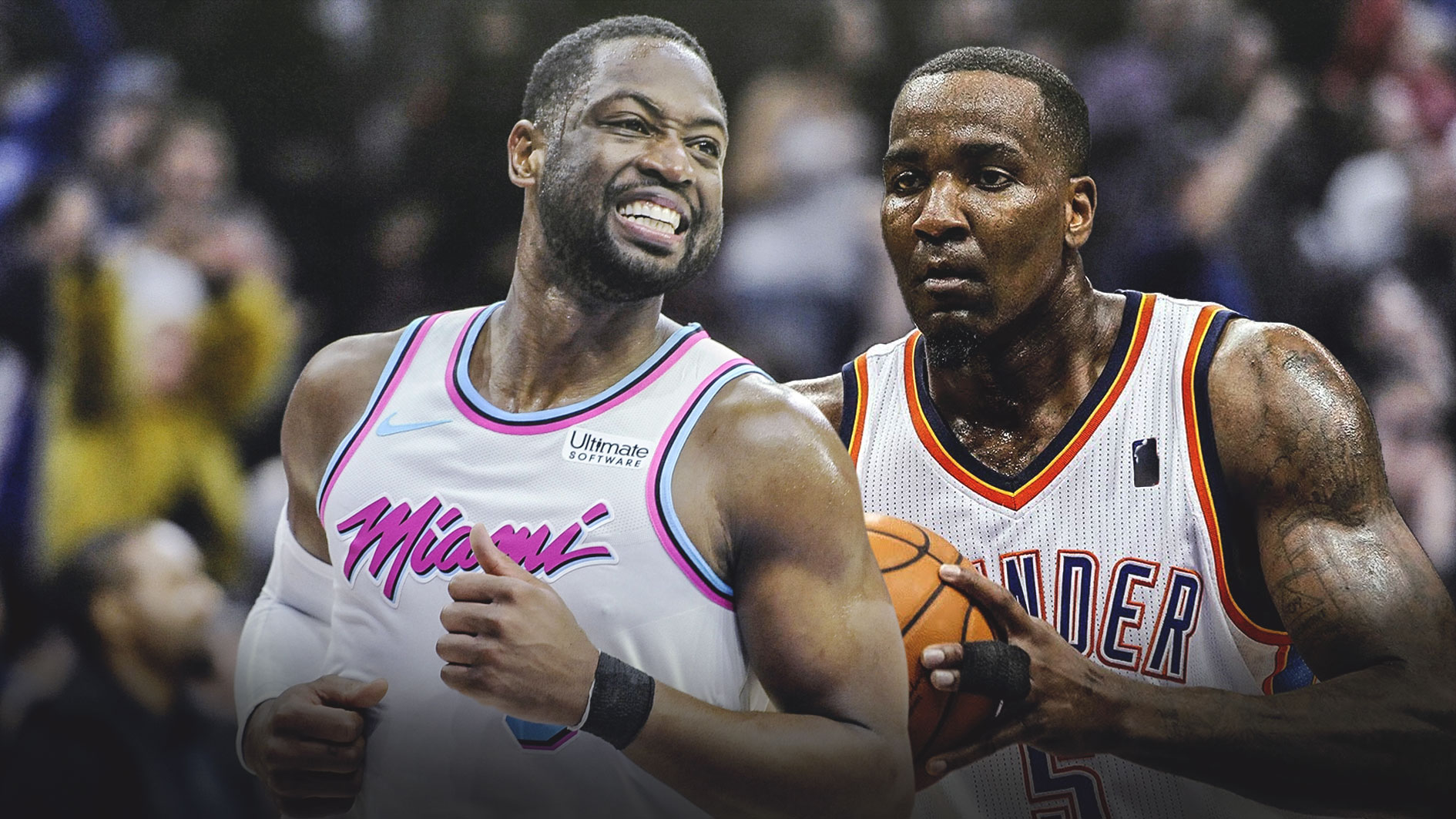 Back in 2011, Dwyane Wade had one of the most memorable dunks of his storied career with the Miami Heat when he posterized Oklahoma City Thunder Kendrick Perkins in ferocious fashion.

In a recent interview with House of Highlights founder Omar Raja, Wade explained the motivation behind the truly memorable jam.

D-Wade told @OmarHoH that he dunked on Perkins because Kendrick kicked him in the back of head the game before. ??

“The difficulty on this dunk was a little tougher,” Wade admitted to Raja. “But the cool thing about this one was, as I came out and said on Twitter recently was, Perk dunked when we played them a little while before this. I was like by the rim and he kicked his legs and and kicked me in the back of the head and everything. So I was looking at him like, ‘Alright bro.’ So when they came to Miami, I was going for him.”

It’s fascinating to learn about the motivation behind such a memorable dunk, and knowing Wade’s competitive spirit, it’s no surprise learning what the motivation actually was.

While Wade’s NBA career is a thing of the past, both he and his fans have a seemingly endless number of highlights to go back to and enjoy whenever they’re missing the glory days.
[xyz-ihs snippet=”HN-300×250-TextnImage”]