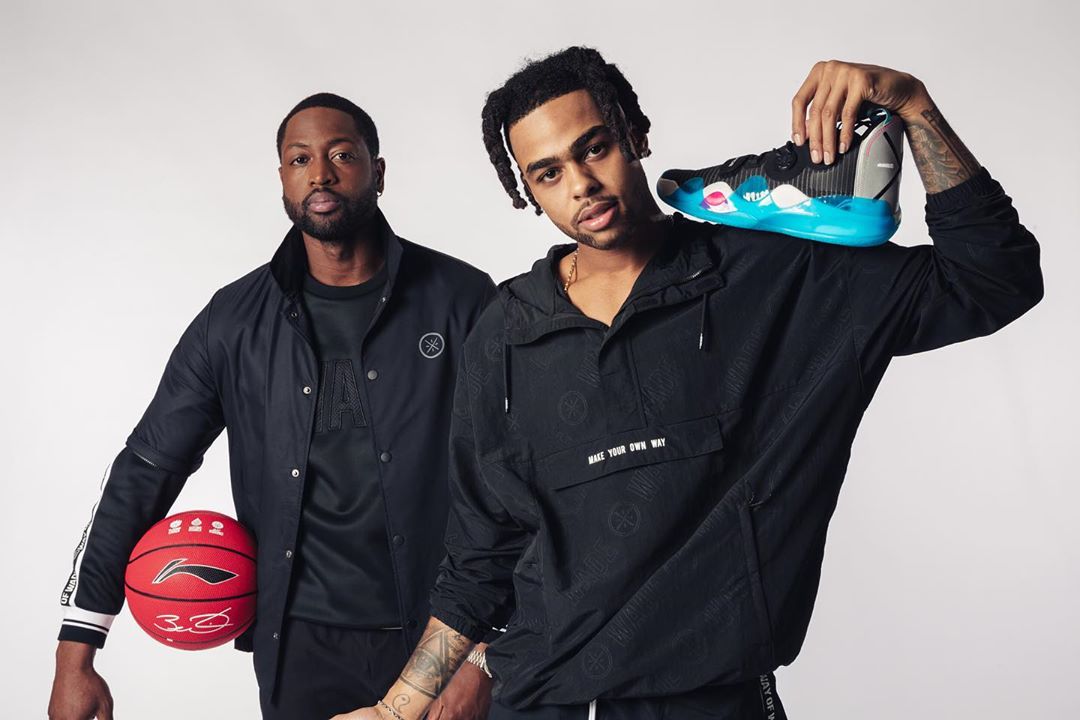 Miami Heat legend Dwyane Wade wasted very little time when it came to getting an NBA star to be the new player ambassador for his Way of Wade brand.

Way of Wade is the product of the three-time champ’s partnership with the Chinese brand Li-Ning.

“I’ve always done things the way that I’ve had to do it, or the way I wanted to do it. And it was always a little different than everyone else.” @dwyanewade tells @QRich and @21Blackking about his decision to sign with Li-Ning in 2012 on our latest IG Live. pic.twitter.com/R9dXCmDwok

“To be able to go into a brand and kind of do what [Michael] Jordan did from a standpoint with Nike, of having my own brand within Li-Ning and to be able to now bring other kids along. To me I couldn’t pass it up,” he said. “Now at this point where I retire, I walk away from the game, and I’m able to sign my first athlete from a standpoint of who’s going to carry the torch. I wanted one person to do that, and it was D’Angelo Russell.

“I felt he stood for everything that I wanted in an athlete. I felt we were similar in so many ways. It just worked out so perfectly that he was a free agent at the same time, and he wanted to be a part of the brand. I couldn’t be more happy, dog. That I got this guy that is going to be an All-Star for so many more years, to carry the torch for the brand and hopefully bring others along.”

Russell’s partnership with Li-Ning and Way of Wade was made official back in November.

Shortly after the announcement, Russell enjoyed one of his many highlights from the 2019-20 season when he posterized former Heat star and current Los Angeles Lakers star LeBron James.

Of course, Wade credited the sneakers for helping Russell complete the poster slam.

While the NBA is currently on a hiatus, it will return someday soon.

When that day comes, Russell will surely look to continue contributing to the growing legacy of Wade’s sneaker brand.