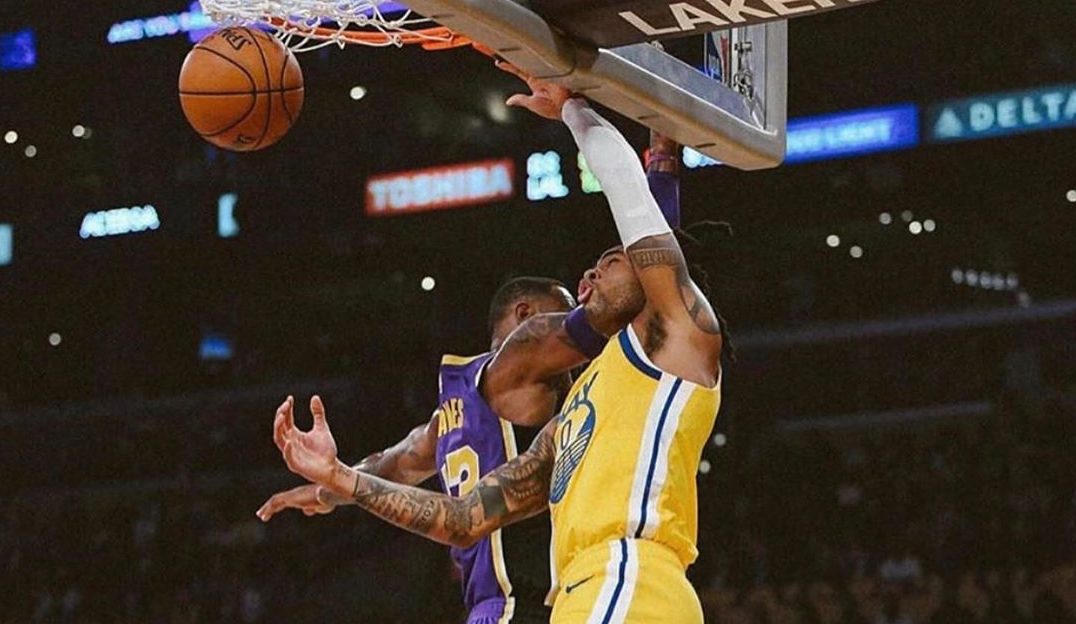 Wade credited the Way of Wade sneakers that Russell was wearing as the reason why the Golden State Warriors guard was able to complete an incredible dunk on the four-time MVP.

The Heat legend posted his conclusion on Instagram, captioning the photo with an iconic marketing slogan that was used by the Air Jordan brand in the 1980s.

Russell was one of the few bright spots in Wednesday’s game for Golden State. He finished the night with 21 points and eight assists, as well as the big posterization of James, which he also shared on his own Instagram account.

That dunk, however, was a minor victory for the Warriors after James’ Los Angeles Lakers dismantled the formerly dominant team that won three titles this past decade. With a 120-94 loss to the Lakers, Russell’s team had very little to celebrate.

As for Wade, he surely celebrated the dunk, as moments like these are sure to only help build the notoriety of Wade’s line on and off the court.