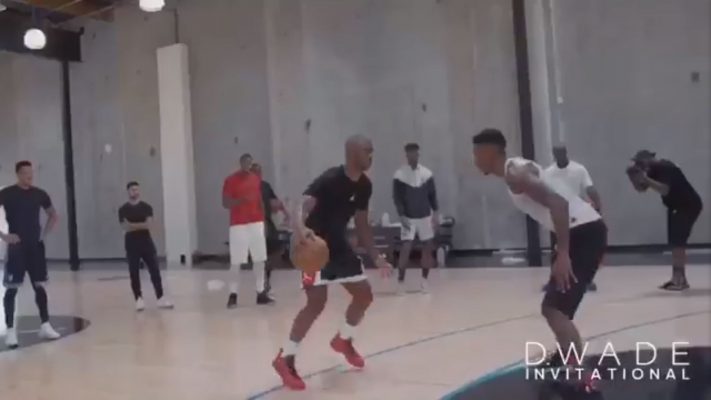 Dwyane Wade brought multiple NBA players to the Stance headquarters in Orange County, Calif. for what he called the “D. Wade Invitational.”

The three-time champion posted a video on Instagram on Thursday, showcasing the highlights from the second day of his invitational.

It’s about the small details on and off the court. Talent will only get you so far. It’s about putting in the constant work and taking care of your body so you can perfect your craft…and get a little bit better each day. Day 2 with my guys… #blueprint2018 #DwadeInvitational . . . . . ?: @bobmetelusstudio @tareshmonchel @elitemediaconcepts @uri_israel

Heat fans will be glad to see that Wade is still putting in work even though he hasn’t yet committed to returning to the Heat for what would be his 16th season in the NBA.

Earlier in August it had been reported that Wade was going to return for one final season, but Wade shot down those rumors by calling them “fake news.”