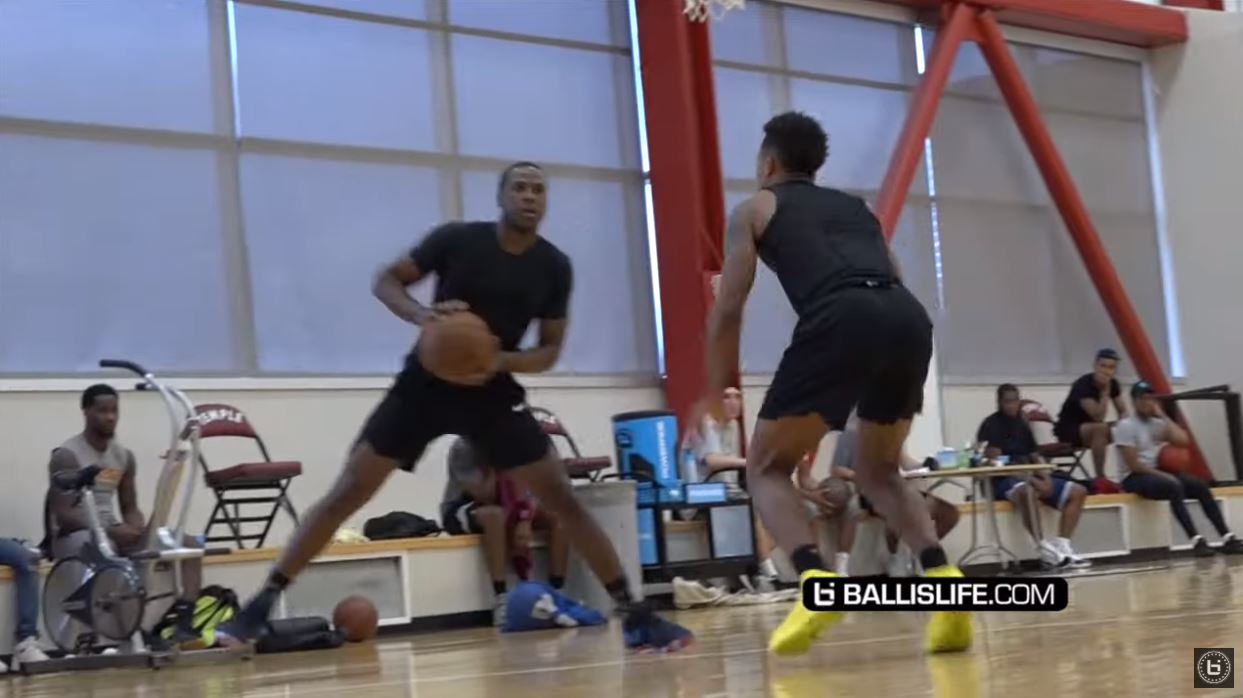 All offseason long, Waiters has been offering signs of his physical transformation. While he was overweight for much of last season after coming back from injury, it seems this offseason he has been dedicated to improving his fitness and strength.

That hard work was put on display in a recent offseason scrimmage when he and fellow NBA guard Lou Williams dominated throughout the game.

Lou Williams & Dion Waiters teamed up at this open run and a whole lot of BUCKETS were served! @Chuck_Ellis @dionwaiters3 @TeamLou23 pic.twitter.com/h4BMhVoCwF

While Waiters has been solid throughout his NBA career, averaging 13.2 points and 2.8 assists per game, he has a fairly large opportunity this season.

With the acquisition of Jimmy Butler, the Heat are undoubtedly looking to make a deep playoff run this season. If Waiters can take advantage of his offseason fitness program and have a career year from an offensive standpoint, he could certainly play a pivotal role in Miami’s success.

Beyond that, Waiters has also been a name that has appeared in trade rumors involving the Heat.

Whether he serves out the two remaining seasons of his four-year, $52 million contract in Miami or elsewhere, he will surely want to put himself in good position to earn another multi-year deal when he becomes a free agent once again.

While offseason scrimmages are a far cry away from NBA games, videos like these are a good indication that Waiters is ready to ball this season.