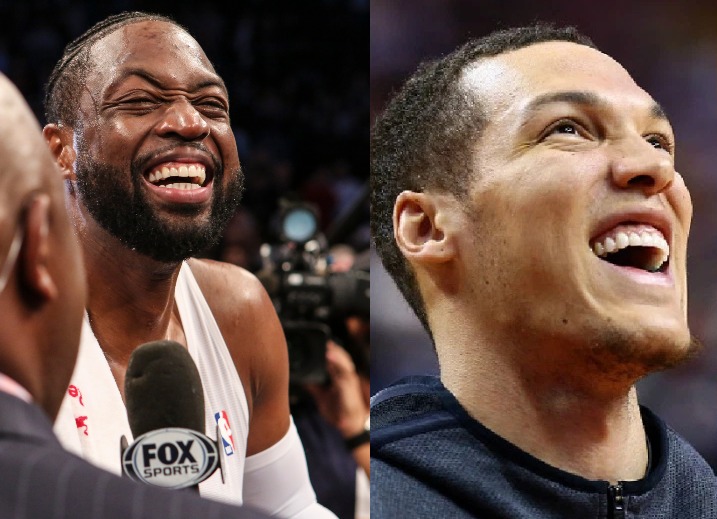 As the title suggests, the song delves into how Wade essentially handed Heat forward Derrick Jones Jr. the NBA’s Slam Dunk Contest trophy by giving Gordon’s final dunk a score of nine out of 10.

On Friday, Gordon and Wade got together for a conversation on Instagram Live. Obviously, it didn’t take long for the two to bring up the contest.

“There’s only like a couple of other people that think D.Jones should’ve won though … It’s you, and D.Jones.”⠀
⠀@Double0AG joking with D-Wade about the dunk contest 🤣 (via @dwyanewade) pic.twitter.com/8HyXXBeudb

Given the nature of the interaction, it seems like the rivalry between the two stars is all in good fun. In fact, just days after Gordon released his track, he took to Instagram to raise a glass of wine to Wade.

Now that Wade and Gordon have officially buried the hatchet, it looks like the drama surrounding this season’s Slam Dunk Contest has finally come to an end.

Though Gordon has stated that this past contest will be the last of his career, it will be interesting to see if he ultimately decides to throw his hat in the ring sometime in the future to try to prove to Wade that he really is the best dunker in the NBA.