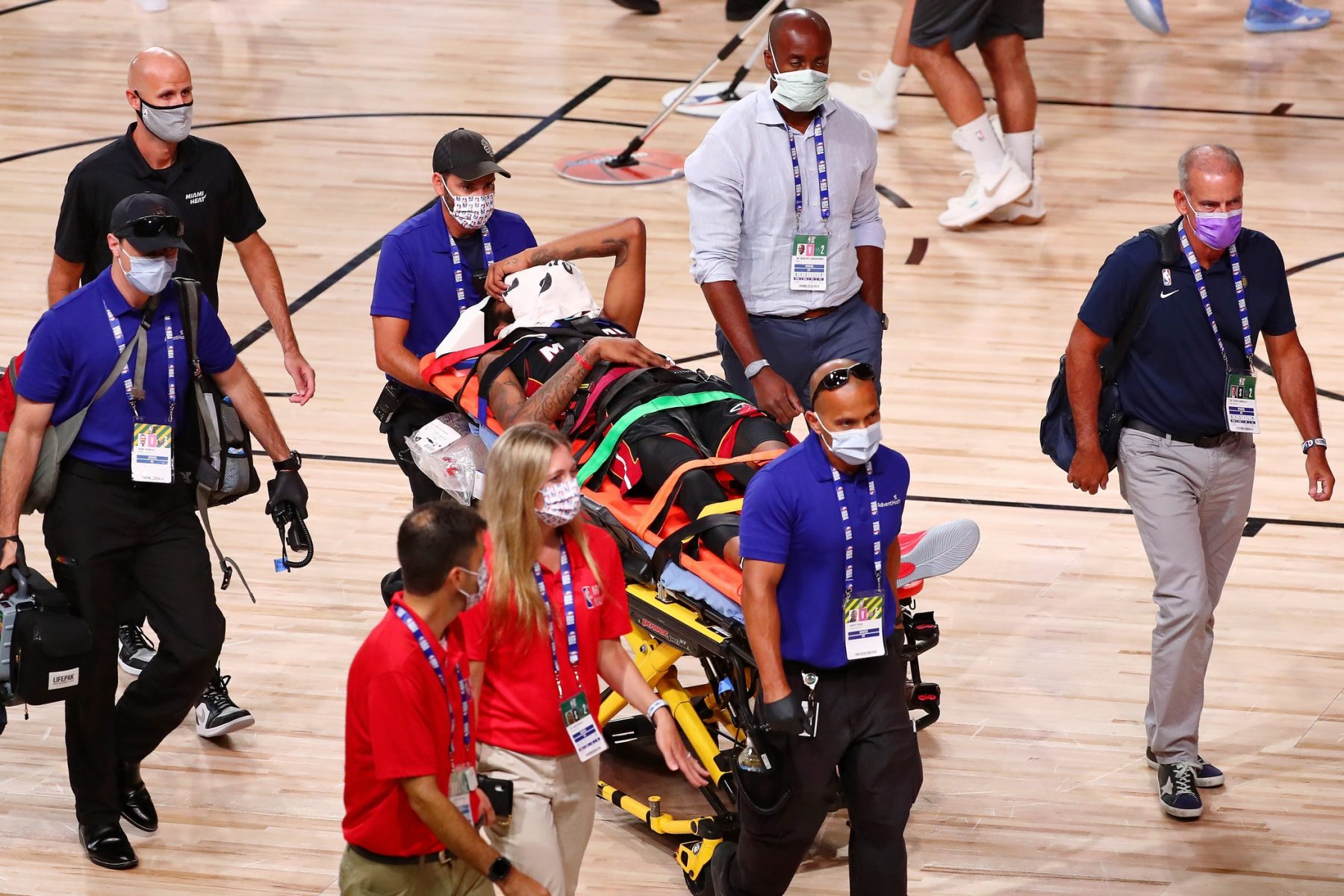 In fact, the high-flyer had to leave the game on a stretcher. On the bright side, initial signs point to Jones being okay.

Initial signs – and we stress there are more tests to do – are positive on Derrick Jones Jr.

He is getting MRI and CT scans. He does not have any numbness, also a good initial sign.

Jones, 23, finished the game with three points, two rebounds and two assists. He is set to have more tests and scans following the dangerous incident.

On the season, the youngster is averaging 8.6 points, 4.0 rebounds and 1.0 assist per game.

The forward is a vital part of the Heat’s rotation and success. The Heat will need him going forward as they embark for the playoffs next week.

The Heat will take on the Pacers in the first round of the 2020 playoffs. They defeated the Pacers three out of four times in the season series.

While the Heat lost Friday’s game against the Pacers by a score of 109-92, they were without multiple key players.