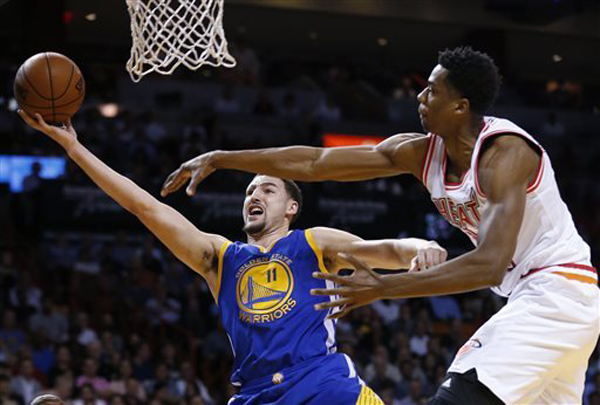 The games have begun.

It fully appears as though the Miami Heat will have competition to retain center Hassan Whiteside. In addition to the Dallas Mavericks, the Golden State Warriors will target the league’s best shot-blocker if they cannot lure Kevin Durant.

Marcus Thompson of Mercury News has reported the following:

“According to sources familiar with free agent talks, the Warriors are looking at Al Horford, Joakim Noah and even Hassan Whiteside.”

While small-ball reigned during their 2015 championship run, numerous teams, including the 2016 champions Cleveland Cavaliers, have disintegrated the Warriors’ once-successful strategy. Now, the 73-win squad is looking to play bigger and add a more formidable center.

Whiteside will definitely bring a presence in the post and wreck havoc for teams that attack the rim. LeBron James broke through the Warriors defense multiple times in the Finals and successfully scored at the rim. Putting Whiteside in his way will surely affect things on the defensive side.

Apart from the money, the Warriors offer the 27-year-old something the Heat can’t: a championship-ready roster. The Heat can lure the center with championship history and expectations but the truth of the matter is the Warriors are current winners. Despite their Finals loss, the team is destined to be in championship contention for the next few years and has young superstars to backup that claim.
[xyz-ihs snippet=”Responsive-ImagenText”]