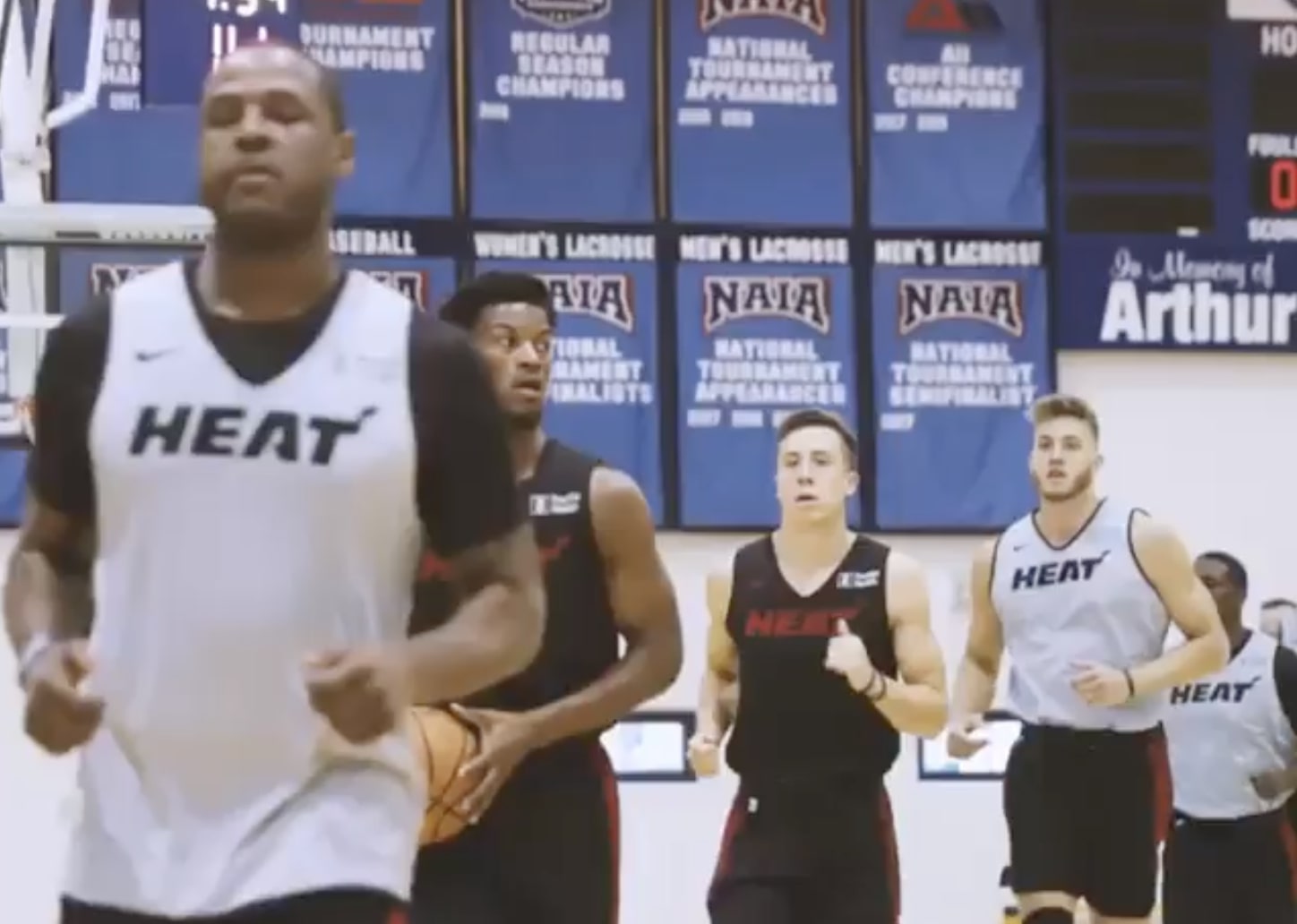 The Miami Heat’s conditioning requirements have been the talk of the town recently, especially since news of James Johnson’s banishment broke out earlier this week. Some Heat players have expressed how they feel about the conditioning standards.

For a workhorse like Jimmy Butler, it is no surprise for him to show respect for the program that has been in place for years.

“I’m cool with it. I like it,” Butler said. “They’re actually looking out for you. Whether you want to look at it like that or not, they’re making sure that you’re healthy, that you’re at a weight that you can function at to help us win, and that your body fat needs to be down, to watch what you put into your body. I like it. I’m a fan of it. I am.”

The All-Star couldn’t help but compare his current team’s conditioning program to his experience under coach Tom Thibodeau with the Chicago Bulls.

“You got to come into this bad baby ready to go, in running shape,” he said. “Thibs did something like it in Chicago, but not nearly as — what’s the word? — ‘terrible’ is the word I’m looking for. As much as you have to be in physical shape, it’s going to hurt, so you’ve got to be mentally strong in order to finish.”

“My rookie year in Cleveland, I had Byron Scott as coach, who came into the NBA under Pat, so the test that we did was kind of tough, too,” said Waiters, who had stops with the Cleveland Cavaliers and Oklahoma City Thunder. “But at the end of the day, it only could help you. OKC, it wasn’t like it is here, totally different. I think here, they challenge you. We know in training camp it will help you. It’s just different here, like they say, world class.”

The shooting guard, who has been criticized before for being out of shape, also explained how he has gotten used to the weekly weigh-ins and the benefits the program brings.

“I’m always on the scale. It’s cool, though. I’m used to it. I’ve been here four years. I know what they expect,” Waiters stated. “At the end of the day, I play better when I’m light.”

Big man Meyers Leonard, who was brought in via the Butler trade this offseason, expressed appreciation for the program. He even exclaimed that it is their duty to stay in shape as NBA players and teammates.

“I love it. I love it,” said Leonard. “That’s the way it’s supposed to be. Look, we’re in the greatest association in the world. We’re getting paid millions of dollars to play basketball, which is a game we love. How in the world should we not be in shape and ready to rock and roll every single day?

“Is it about you individually? Yeah. But you know what you’re doing? You’re letting your team down. You shouldn’t do that.”

It looks like the Heat players are already locked in this season. Surely their hard work at practice will pay off once their regular season begins on Oct. 23.