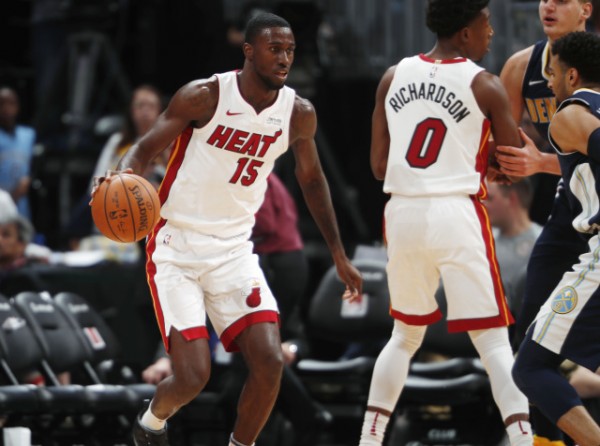 On Tuesday, the Miami Heat announced that forward Okaro White had injured his foot in practice and had been ruled out for Wednesday’s game against the Washington Wizards. It wasn’t until Wednesday, however, that the team announced that White’s injury will keep him out far past Wednesday’s matchup.

The Heat took to their official Twitter account to announce that White has fractured a bone in his left foot and is set to undergo surgery on Thursday. At this moment, there is no timetable for White’s return.

INJURY UPDATE: Okaro White fractured the fifth metatarsal in his left foot during yesterday’s team practice and will undergo surgery tomorrow. No timetable has been set for his return.

So far this season, White has averaged 3.3 points and 1.8 rebounds per game. He hasn’t seen the court since the Heat’s victory over the Los Angeles Clippers on Nov. 5. While White didn’t have a huge role in the Heat’s current rotation, only seeing 13.4 minutes per game so far this season, his absence will put added strain on James Johnson, Justise Winslow, and Kelly Olynyk.

White’s career with the Heat has been a feel-good story from the start. Last season, he took advantage of a 10-day contract and was later offered a two-year deal from the Heat in February. Following his surgery, White will look to begin his road to recovery so his storybook career can continue.
[xyz-ihs snippet=”Responsive-ImagenText”]