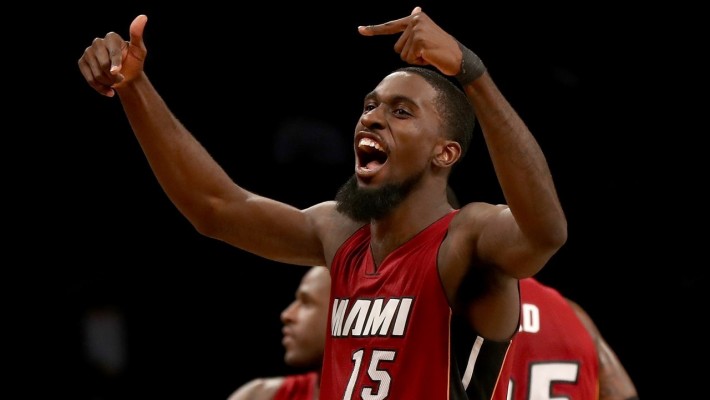 The Miami Heat have been impressed enough by the performance of newcomer Okaro White to sign him to a two-year deal and, in the process, cut ties with forward Derrick Williams by releasing the veteran.

The reason for the move was that the injured player’s exception that had allowed the Heat to carry a 16th player on their roster expired on Sunday. Trade talks to send Williams elsewhere proved to be fruitless and led to his release.

In addition, White was finishing up his second 10-day contract and needed to be signed for at least the remainder of the season. Otherwise, the forward would’ve been placed on waivers, with Miami fearful that he would’ve been claimed by another team.

In the nine games in which White’s appeared, he’s averaged 16.4 minutes, 4.1 points and 2.6 rebounds. From the field, he’s been able to connect on 46 percent of his 3-pointers and 48 percent of his field-goal attempts.

Williams had been signed by the Heat for one year at $5 million. In his 25 games, he averaged 5.9 points and 2.9 rebounds. However, he had clearly fallen out of favor during the recent surge by the Heat, managing a total of just 13 minutes of court time over the last 12 contests.

Miami looks to continue its current 10-game winning streak with a road game on Monday night against the Minnesota Timberwolves.
[xyz-ihs snippet=”Responsive-ImagenText”]