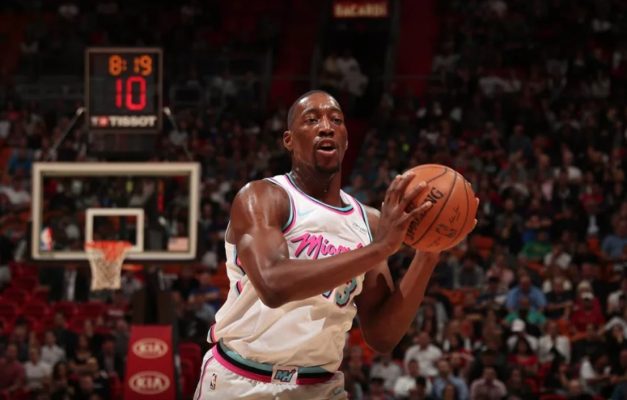 Miami Heat fans and NBA experts alike have pegged second-year big man Bam Adebayo as a possible breakout candidate for the 2018-19 season. Based on the news Wednesday morning, it seems the Miami front office shares the same sentiment.

“The Miami HEAT announced today that they have exercised their third-year team option on Bam Adebayo,” the team’s official site announced. “Per club policy, terms of the deal were not disclosed.”

Shortly after the news, a Heat insider gave further insight into the move.

The Heat have exercised their third-year team option on Bam Adebayo for 2019-20. The move afford the Heat to retain Adebayo's rights for the following two seasons, as well.

Adebayo was drafted by Miami in the 2017 NBA Draft and quickly showed flashes of star potential. He appeared in 69 games in the 2017-18 season and while he averaged just 6.9 points, 5.5 rebounds, and 1.5 assists per game, he often showed the potential for much greater production.

In the month of December, when Adebayo averaged a season-high 24.5 minutes per game, his production saw a marked increase. The former University of Kentucky standout averaged 8.2 points and 5.5 rebounds per game.

His strongest month of the season, however, came in February when he averaged 9.1 points and 6.9 rebounds in just 21.5 minutes per game. He also recorded three double-doubles in that month.

It’s fantastic news that the Heat have locked up another one of their promising young players for the foreseeable future. Hopefully Adebayo makes good on the lofty expectations he is facing and manages to take another leap forward in his second season in the NBA.
[xyz-ihs snippet=”HN-300×250-TextnImage”]