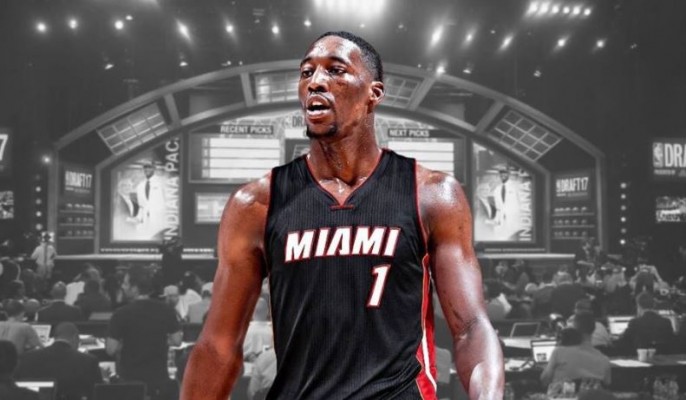 In a very eventful first round of the 2017 NBA Draft, the Miami Heat added to their frontcourt as they selected University of Kentucky big man Bam Adebayo with the No. 14 overall pick on Thursday night.

The 6-foot-10 Adebayo was one of the most explosive talents available, so the Heat took a chance on him and his combination of agility and athleticism.

On defense, experts think the 19-year old Adebayo will have the strength to battle in the post with opposing big men, as well as the ability to keep up with guards while defending the perimeter.

The @MiamiHEAT are getting one of the BEST kids you will ever meet. Ecstatic for @Bam1of1 and his mother. pic.twitter.com/s9ioyIlpNc

The pick comes after Willie Reed had recently told the Heat earlier this month that he intends to decline his $1.5 million player option for the 2017-18 season to test free agency this summer.

Considered one of the biggest sleepers heading into the 2017 NBA Draft, only time will tell if Adebayo establishes an offensive skill set on a consistent basis at the NBA level. He is already being compared to Cleveland Cavaliers center Tristan Thompson.

“I improved my shooting,” Adebayo said. “Everybody thought I couldn’t shoot and I got to my workouts and they were shocked.”

Miami was willing to take a chance on the young man, who played as a freshman for one year under legendary Kentucky head coach John Calipari during the 2016-17 season.

Adebayo was the third player selected from Kentucky in the 2017 NBA Draft behind guards De’Aaron Fox (Sacramento Kings at No. 5) and Malik Monk (Charlotte Hornets at No. 11).

“We’re like brothers. This is our graduation,” Abedayo said. “Just being here, Calipari being like one of our dads.”

The talented young big man will be paired with Heat rising star center Hassan Whiteside in the frontcourt, as Whiteside continues to establish himself as one of the league’s best defenders and physically imposing players.
[xyz-ihs snippet=”Responsive-ImagenText”]