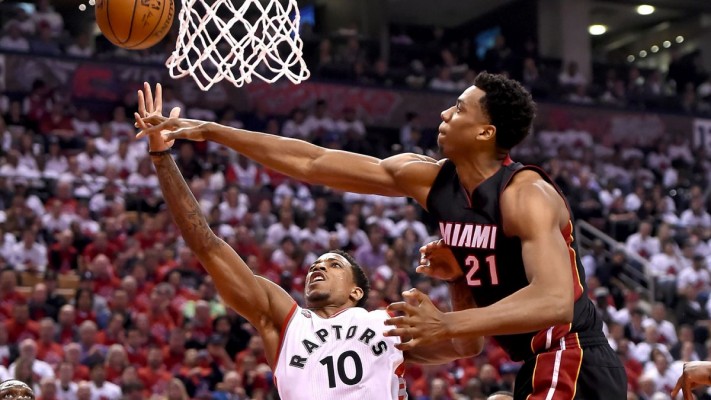 After finishing in third place for NBA Defensive Player of the Year behind winner Kawhi Leonard and runner-up Draymond Green, Whiteside was also trimmed from the All-Defensive first team to the second team by Los Angeles Clippers center DeAndre Jordan.

The 26-year-old Heat big man led the league in blocks with 269 swatted shots while rejecting 3.6 shots a game. The closest person to him was Jordan, who finished well behind him with 177 blocks on the season and 2.3 blocked shots a game. Whiteside’s 269 rejections were the second-most during the regular season in Heat history and most in the NBA season since 2007.

Despite the eye-opening differential vs. Jordan, the University of Marshall product continues to get snubbed. Whiteside was angry after getting snubbed for Defensive Player of the Year and will likely be unhappy with the outcome of this voting as well, especially after being ahead of Jordan in DPOY voting.

Heat shooting guard Dwyane Wade registered a nominal mark in the ballot, earning one third-place vote for the All-Defensive team. During the postseason, Wade surpassed Michael Jordan in blocks to become the leading shot blocker amongst guards in postseason history.
[xyz-ihs snippet=”Responsive-Ad”]