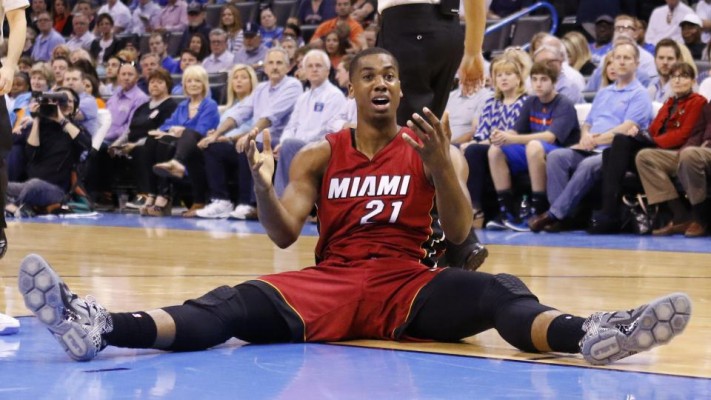 It appears the Miami Heat’s top big man will need a bit of time to heal from his latest injury.

Hassan Whiteside stated that he’ll “probably” need two weeks to heal from a laceration to his hand. He suffered the laceration in a loss to the Milwaukee Bucks this past Tuesday night. Whiteside provided such comments about his injury to Jason Lieser of The Palm Beach Post:

“I don’t want to reopen the stitches and have to stitch the hand back together. That’s what it is. Probably two weeks to heal completely.”

The article further states that while Whiteside believes the injury will take two weeks to heal, it doesn’t necessarily mean that he’ll be out for that long. The center could very well play with a cast or wrap on his hand and be back in action within a few days.

The Heat are hoping for the best as they are locked in a battle just to make the postseason. Entering their meeting with the Atlanta Hawks on Friday night, Miami stands at a record of 33-38 with just 11 games remaining. The Heat are currently slotted at the seventh spot in the Eastern Conference, just two games ahead of the Indiana Pacers, who have the ninth-best record in the East.

Whiteside is averaging 11.2 points, 9.8 rebounds and 2.5 blocks per game. He missed Wednesday night’s victory over the Boston Celtics, which helped the Heat maintain their cushion over the Celtics in the standings. Dwyane Wade was also absent due to a bruised knee. As a result, the Heat went small and started Udonis Haslem and Henry Walker in the front court.

If the 7-footer continues to remain sidelined, expect Miami to continue to start Haslem at the center position. The 34-year-old veteran posted 12 points and 12 boards in his start versus the Celtics.
[xyz-ihs snippet=”Responsive-ImagenText”]