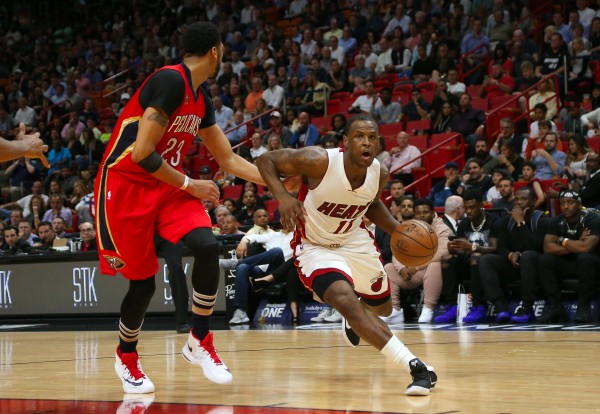 The continuing problems that Miami Heat guard Dion Waiters is experiencing with regard to his injured left ankle have resulted in him more seriously considering the prospect of surgery once the team’s 2017-18 season ends. The most recent setback came last Friday when he injured it during the team’s win over the Dallas Mavericks.

Anthony Chiang of the Palm Beach Post noted that Waiters’ ankle troubles actually date back to last March, with the sixth-year guard originally deciding against surgery at that time. A key part of that decision was based on his pending free agency and the fact that such a surgery would have held him out anywhere from eight to 10 months.

“At this point, you got to see what’s best,” Waiters said. “But I won’t write it off, hell no. Especially if I’m going to keep going through the same thing, even with like little tweaks and things like that. When the season is over, after the playoffs and things like that, I’ll sit down with my family, my agent and we’re going to take care of it.”

The swelling Waiters had previously experienced has been reduced, though that isn’t indicative of any progress with respect to the ankle, judging from his own comments.

“It don’t even blow up any more,” he said. “It’s to the point that it doesn’t even swell any more. It’s like pain, excruciating pain. Barely can walk. So it won’t even get like crazy no more.​”

Waiters’ decision to not have the surgery has meant continued pain, but he’s determined to get through this current campaign.

“I just play through it, though. I got to,” Waiters said. “I don’t make no excuses. I don’t want that to be the reason why. It just is what it is. It’s something that I don’t like to talk about because there’s nothing we can really do right now. Just try to take care of it and get it stronger and things like that. And it’s just that I don’t want to be in this predicament, where if it’s a little tweak you have to miss a decent amount just off a little tweak. That sucks.”

The Dec. 22 injury came about when Waiters again turned his ankle.

“I just felt the pain,” Waiters said. “You watch the replay and I didn’t even do nothing, I was just attacking the basket. So, I just felt that pain, man, that pain. It’s crazy. I hate it. It’s not fun at all. So, once I did it, I knew. I tried to run it off and hopefully loosen it up. I actually really came back in to get re-taped and once I took the sneaker off and the tape, it was over.”

This season, Waiters has played in 30 games and is averaging 14.3 points and 3.8 assists, connecting on 39.8 of his shots from the field. He has a financial interest to keep playing because he receives a $1.1 bonus if he plays in at least 70 games during the regular season.
[xyz-ihs snippet=”HN-300×250-TextnImage”]