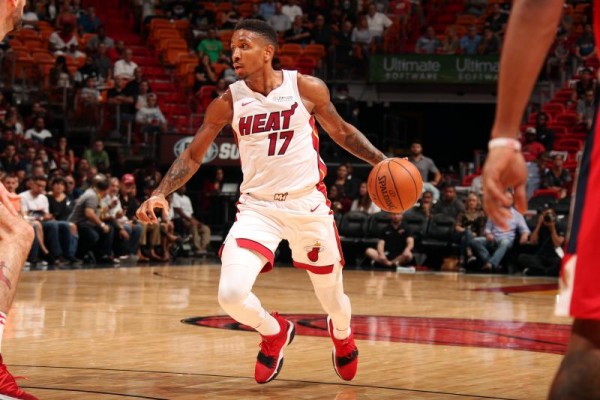 The Miami Heat will begin their 2017-18 season in under a week, but guard Rodney McGruder will have to wait much longer before he is able to take the court.

That’s because according to The Vertical’s Shams Charania, McGruder will be out for at least three months after suffering a stress fracture in his leg.

McGruder was competing to start for the Heat at the small forward position. His absence will give Josh Richardson and Justise Winslow an opportunity to prove their value.

No word yet on when the surgery will take place. Hopefully his road to recovery is smooth so Heat Nation can see the sharpshooter back on the court soon.
[xyz-ihs snippet=”Responsive-ImagenText”]