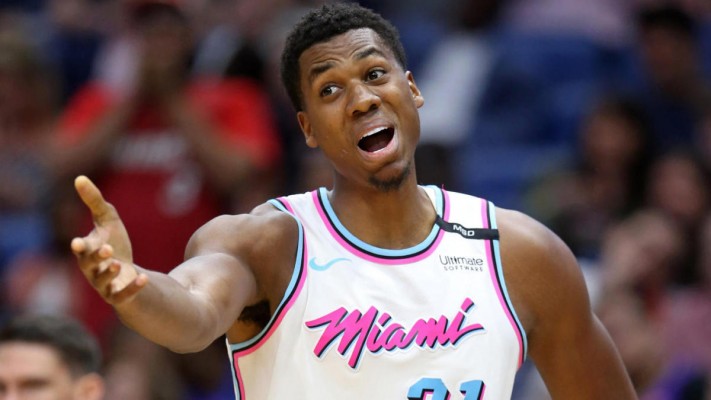 The Miami Heat have fined center Hassan Whiteside an undisclosed amount for comments detrimental to the team.

#Heat has fined Hassan Whiteside an undisclosed amount of money for conduct detrimental to the team last night. pic.twitter.com/4xKPakrI93

After only playing 20 minutes in an overtime loss to the Brooklyn Nets, in what was just his second game back after having missed nine straight, Whiteside voiced his frustrations about his playing time to the media in an expletive-filled rant.

This same type of situation occurred earlier on in the season when, in November, Whiteside returned after missing five games because of a bone bruise on his left knee. However, his reaction then was a bit milder.

“Man, I don’t know, it’s frustrating,” Whiteside said. “It happens every game — first quarter we get a big lead, coach takes out the starters, they tie it up and then we’re back and forth.”

The 7-footer has seen his minutes diminish lately as he averaged 22.6 minutes per game in March compared to 27.1 in February. For the season, Whiteside is averaging 14.1 points, 11.6 rebounds and 1.7 blocks per game.

According the Miami Herald’s Barry Jackson, Whiteside will not be suspended by the team.
[xyz-ihs snippet=”HN-300×250-TextnImage”]