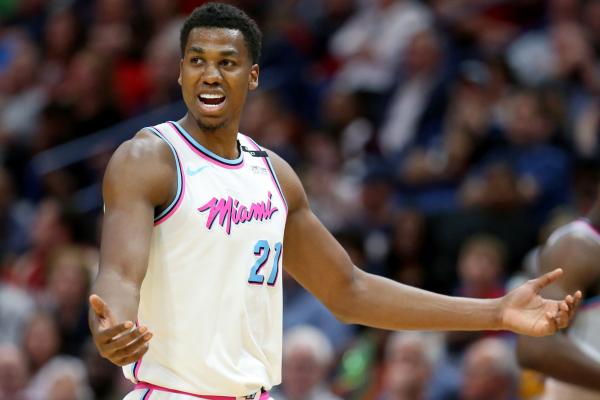 Afterwards, Whiteside expressed his frustration in an expletive-laced rant as he has seen his minutes diminish progressively throughout the season.

Whiteside played just 20 of a possible 53 minutes on Saturday and didn’t play at all in the fourth quarter or overtime.

With the big man ramping up his stamina as he has been in and out of the lineup this season due to a strained left hip flexor, it’s understandable why Heat head coach Erik Spoelstra has elected to use Whiteside in spurts.

However, whether the lack of playing time is due to Whiteside’s lack of conditioning or because of matchup-based situations is the real question. Because if the latter is true, the 7-footer has seemingly taken exception to Spoelstra’s in-game substitutions.

Whiteside was asked after the game if he should take the issue up with management, the coaching staff or his agent.