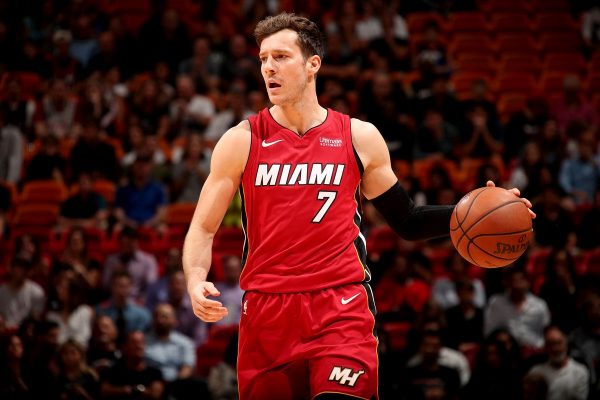 The Miami Heat have been without up-and-coming small forward Derrick Jones Jr. for nearly three weeks due to injury. They’ve also missed All-Star point guard Goran Dragic for over two months as he has been rehabbing from knee surgery.

According to a Wednesday morning injury report, it looks like both players are on the cusp of returning to the court.

This is huge news for the Heat who are looking to improve upon their 26-30 record and get back into the thick of the playoff race.

The Heat had won just five of their last 15 games heading into the All-Star break, and the return of both Dragic and Jones could be the exact kind of morale boost the team needs.

Prior to Dragic’s surgery on his right knee, he was averaging 15.3 points, 4.9 assists, and 3.1 rebounds per game. His veteran presence and leadership role has also been missed as the Heat have lost many games in the final minutes.

As for Jones, he had really been coming into his own as a role player leading up to his scary fall versus the New York Knicks. In the 12 games before his injury, Jones had averaged 9.0 points and 4.3 rebounds per game. In those games, he scored in double digits six times.

The return of Dragic will certainly complicate things, and it will be fascinating to see what Heat head coach Erik Spoelstra does with the starting point guard position.

Justise Winslow has come into his own as a player while serving as the starting point guard, and while his progression is important to the Heat, Dragic could very likely get an opportunity to reclaim his starting role.

Still, having two more talented players to plug into the rotation is never a bad thing.
[xyz-ihs snippet=”HN-300×250-TextnImage”]