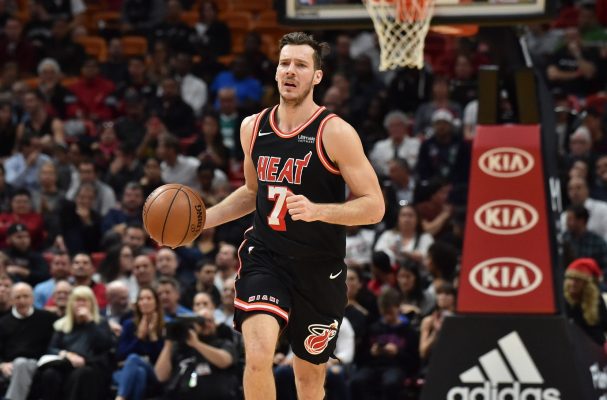 If the Miami Heat weren’t dealing with enough injury problems, things just got much worse.

Starting point guard Goran Dragic is undergoing surgery on his knee, and the timetable for his return is not certain yet, though certain sources indicate that the point guard could miss up to two months of action.

Goran Dragic is undergoing a knee scope today. No timetable on a return.

Dragic, 32, has been in and out of the lineup for most of the season due to knee problems. In fact, the guard has been sitting on the bench for the majority of the playing year. On the season, the All-Star is averaging 15.3 points, 4.9 assists and 3.1 rebounds per game.

The only true point guard on the roster, Dragic leads the Heat in assists and is second in points behind Josh Richardson.

The Heat will need their best out of guards Richardson, Tyler Johnson and Dwyane Wade, who is on the edge of retirement. On the bright side, while Dragic is out, Dion Waiters is supposed to return soon.

The Heat take on the streaking Houston Rockets on Thursday night.
[xyz-ihs snippet=”HN-300×250-TextnImage”]