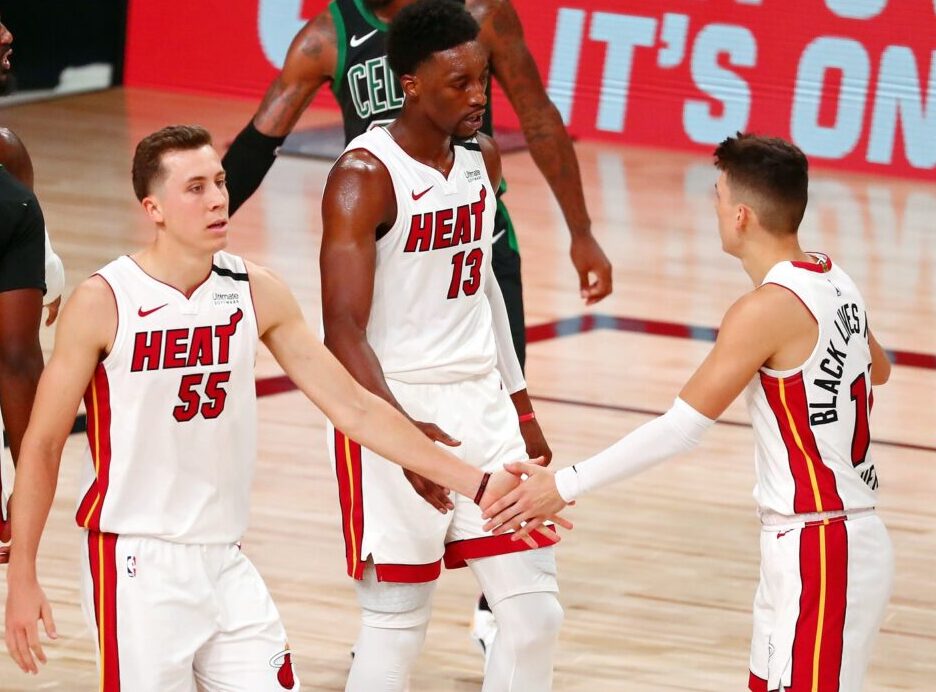 The Miami Heat have been mentioned in a number of potential trades for players across the NBA and youngsters Tyler Herro and Duncan Robinson are big reasons why.

In a recent mailbag, the Sun Sentinel‘s Ira Winderman confirmed a question from one fan who indicated that Herro and Robinson are both “prime trade” assets.

“Not only do I agree, but so does an NBA personnel evaluator I spoke to this week,” he responded regarding Herro and Robinson’s perceived value. “The Heat again have attractive chips to potentially put into play, should they choose.”

There’s no doubt that Herro and Robinson became household names during the Heat’s 2019-20 regular season and run to the 2020 NBA Finals.

Robinson averaged 13.5 points per game on a blistering 44.6 percent shooting from beyond the arc.

Thus far, Herro has been mentioned in trade rumors related to stars Jrue Holiday and Giannis Antetokounmpo. While Robinson’s name has not specifically come up much, it was recently reported that he is considered to be a “top commodity” around the league.

It’ll be interesting to see how the Heat decide to play this. It seems clear that they could package the necessary pieces to acquire a star. However, they might decide to hold onto these talented youngsters and see just how high their potentials really are.

Whatever happens, it seems clear that Heat basketball is going to be exciting for many years to come.

Duncan RobinsonFeaturedmiami heatNews Tickertyler herro
← Previous Story Report: Miami Heat expected to be ‘at the front of the line’ in pursuit for Jrue Holiday
Next Story → Report: Heat, Lakers and Clippers among 6 teams showing interest in Serge Ibaka