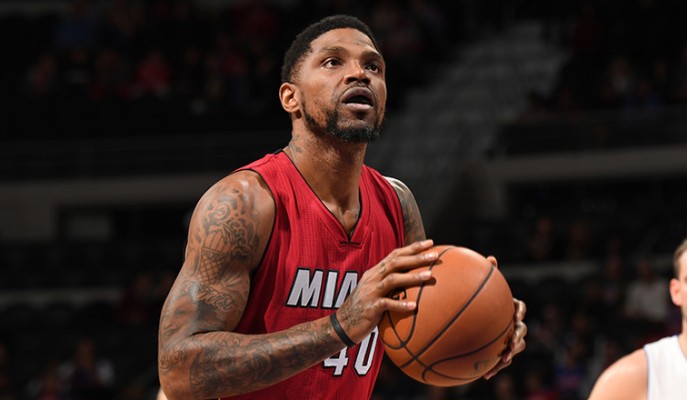 As the NBA offseason continues it has been assumed that Udonis Haslem will re-sign and continue his career with the Miami Heat. While Haslem coming back for his 15th season in Miami still seems like the most likely outcome, those pesky rumors that Haslem may be headed to the Cleveland Cavaliers persist.

According to the Associated Press‘ Tim Reynolds, both the Heat and Haslem have mutual interest, but pen has not been put to paper just yet. Reynolds also mentioned that the Cavs are still in play for Haslem.

Heat want him back, he wants to be back, and nothing is finalized. So that means Cleveland is still in play. https://t.co/V4dtESBKlo

The rumors of Haslem possibly signing with the Cavaliers began when his own son took to Instagram to post a photoshopped picture of his father in a Cavaliers uniform.

Haslem has played his entire career in Miami and the team captain has served as a veteran leader for years. No one could blame him for having interest in joining forces with LeBron James to once again compete for a championship, but his experience deep in the playoffs could be extremely valuable in Miami as the current Heat team hopes to take the next step in the Eastern Conference next season.

Hopefully the Heat are able to get a deal done so Haslem can continue and finish his career in Miami.
[xyz-ihs snippet=”HN-Native-EndofArticle”]