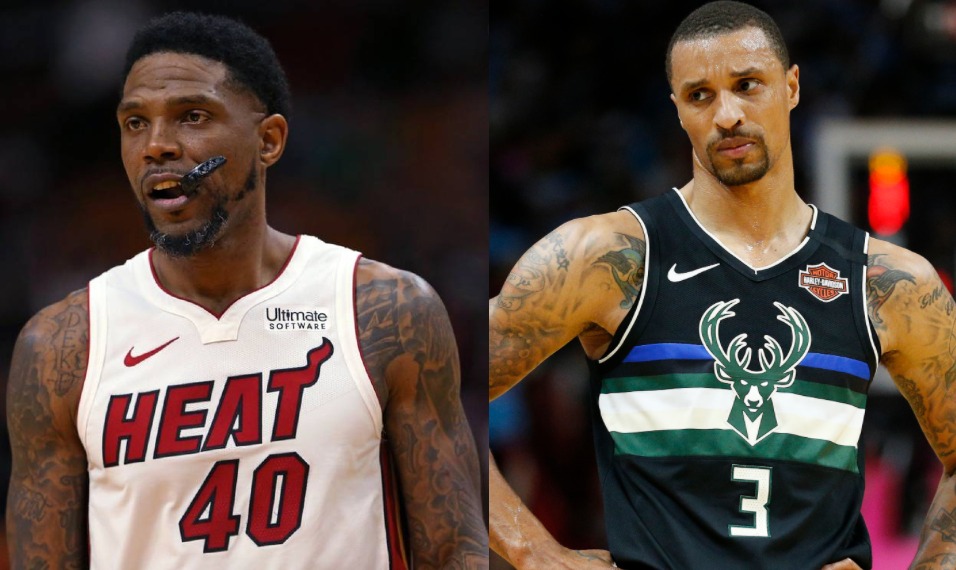 The NBA players have voted in favor of resuming the playoffs. For a short while, however, there was a possibility that the players would not take the court again for the remainder of the postseason.

The temporary shutdown of the league began when the Milwaukee Bucks boycotted Game 5 of their first-round series.

Bucks guard George Hill played a key role in the team’s decision to not play on Wednesday. This led to some choice words from Miami Heat icon Udonis Haslem about Hill’s passionate stances during a recent meeting.

“Heat veteran Haslem, whose veteran stature gives him cachet among his peers, was one of the more vocal voices in the meeting, sources said,” Chris Haynes of Yahoo Sports reported.

“Some players took issue with Bucks guard Hill, who was a central figure in persuading the Bucks not to play and who said on Monday that ‘we shouldn’t have even came to this damn place’ while lamenting the [Jacob] Blake shooting.

“Haslem — in a clear message to George — stated that it was irresponsible and selfish for an established veteran to suggest that everyone should go home because younger players haven’t accumulated the wealth for such a drastic decision, sources said.”

After the Bucks’ boycott of their match against the Orlando Magic on Wednesday, all of the games scheduled that day were postponed as well. A meeting was held later in the day where several players voted to end the season.

However, the players had a change of heart after meeting again on Thursday morning. It was reported that Haslem was instrumental in saving the NBA playoffs.

The 40-year-old forward has been as vocal as anyone in the NBA in the fight against social injustice. In the past days, he has also shown that he is willing to be the voice of the younger players in the league.