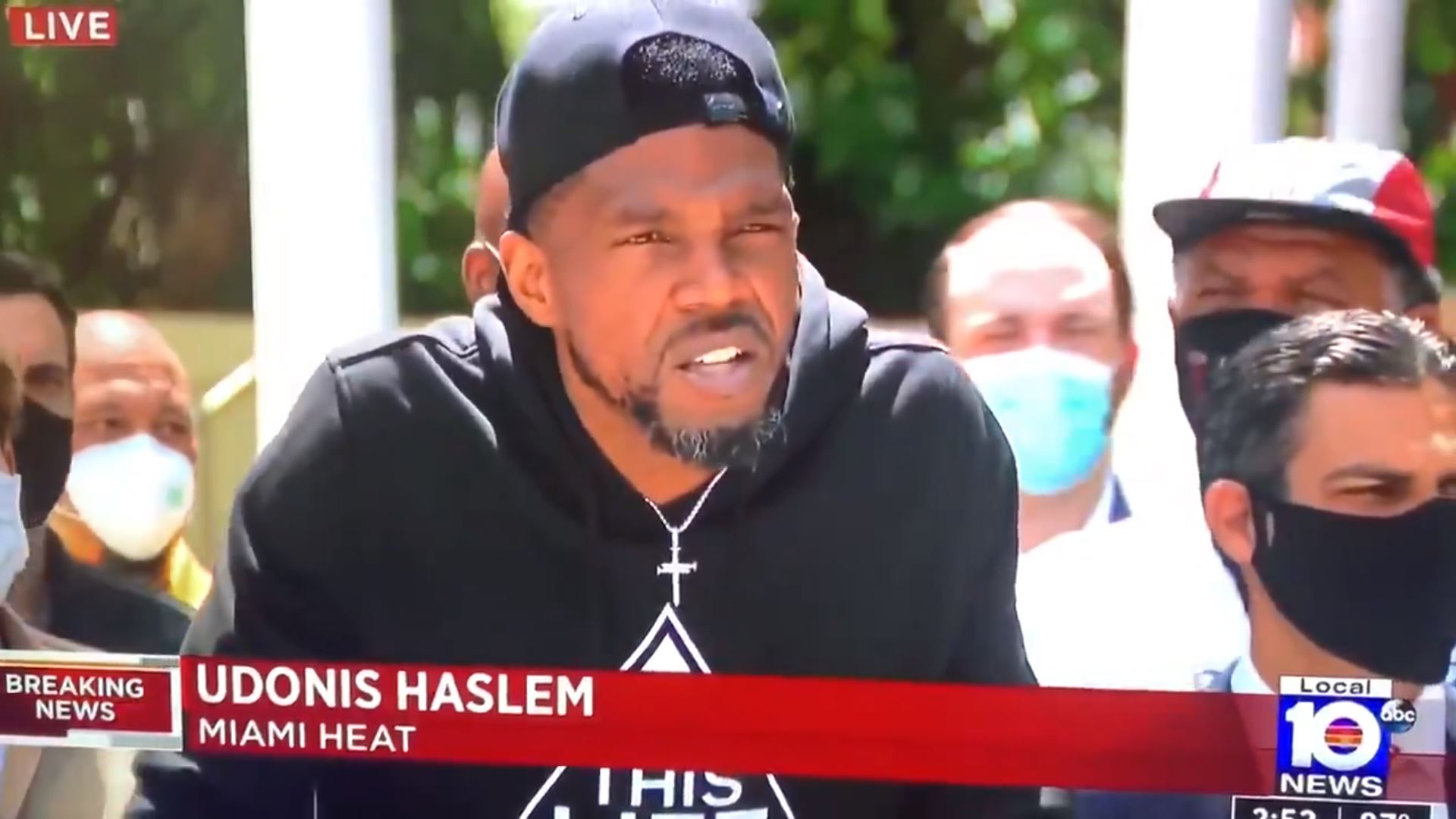 Miami Heat veteran Udonis Haslem offered his thoughts at a rally connected to the current racial crisis that was sparked by the death of George Floyd, an African-American man in Minnesota.

An emotional Udonis Haslem addressing his community of Miami. Torn about how to find a solution. “As a black man raising black kids in America, I’m scared as hell.” pic.twitter.com/s3SGWnGuAf

Floyd’s death on Monday night while in police custody sparked bouts of violence across the country. Miami was affected on Saturday after what was expected to be a peaceful protest march turned violent.

As a native of Miami, Haslem offered a balanced statement that reflected his wish for justice to be served as well as his fears of raising children in the current environment.

At the same time, the Heat veteran noted his respect for the hard work that the vast majority of law enforcement officials do on a daily basis, some of them being his family members.

Saturday’s chaotic scene included looting, with the city of Miami instituting an emergency curfew that began on Saturday night and is extended for Sunday evening.

Late Saturday night, the Miami-Dade Police Department updated the number of people who had been arrested due to the day’s trouble.

We have made 38 arrests thus far as a result of today’s events. The curfew order remains in effect until 6 a.m. pic.twitter.com/dAaHFYMcHt

While Haslem’s 17-year NBA career is coming to an end, he’s made investments in the local community that show how much he cares about what takes place in the area. His remarks serve as passionate proof.