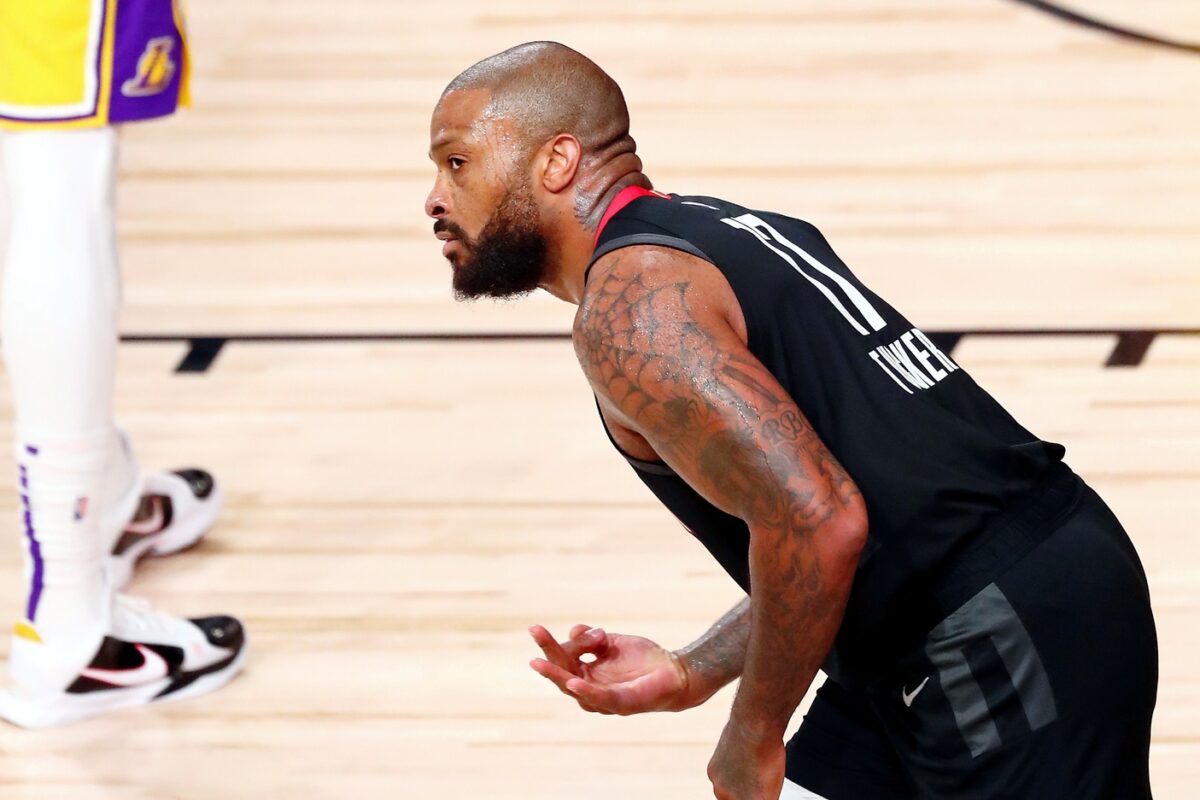 Some rival executives reportedly sees the Heat as the favorites to land the journeyman.

“The Rockets are in a free fall, winless since early February—a 16-game losing streak, all without Christian Wood,” wrote Chris Mannix of SI.com. “P.J. Tucker, whose numbers have dipped precipitously this season, is expected to be traded, with rival executives pointing to Miami as the favorite.”

Tucker, 35, is one of the most sought out players in the league as the trade deadline nears. A bunch of contenders are reportedly interested in the veteran.

On the season, Tucker is averaging just 4.4 points and 4.6 boards per game.

However, he is a beast on the defensive end and has an unrelenting motor. In addition, Tucker is a solid 3-point shooter with 35.9 percent career shooting from downtown.

The Heat are likely to do something to improve the roster in order to compete in the postseason in the upgraded Eastern Conference. The team is reportedly getting a calls on guard Avery Bradley, who is been out for the majority of the year.