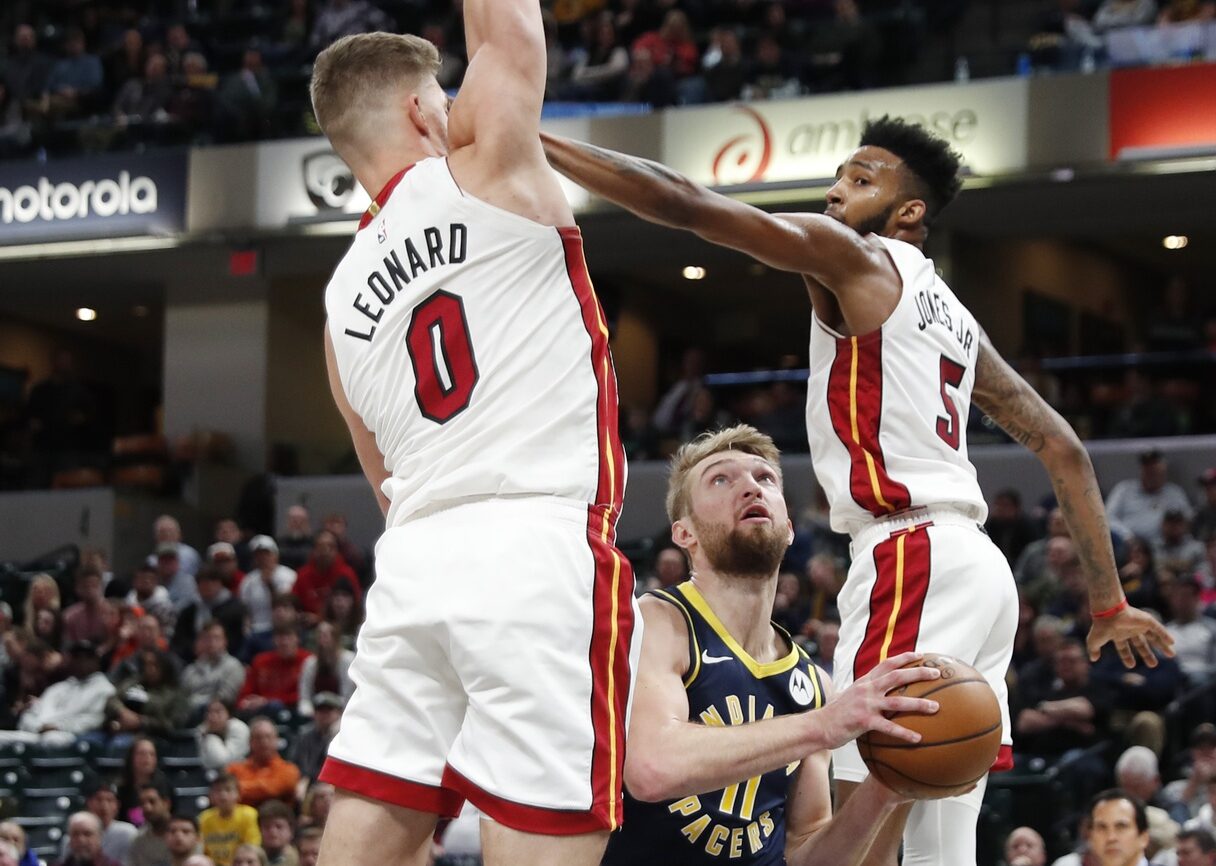 With NBA free agency set to officially start on Friday, the Miami Heat apparently want to retain two of their young rotation players.

Jones Jr. is only 23 years of age and has value due to his athleticism, ability to finish strong at the hoop and defense.

It seems that it won’t cost the Heat too much to retain him.

“Forget the [$9.3 million] mid-level after he was phased out in the playoff,” said an anonymous source. “If he got even $7 million a year, I would be shocked. If he gets $15 million over two years, his agent should get a bonus. Maybe somebody gives him $4 million or $5 million.”

As one may expect, the Heat do not want to overpay to keep Jones Jr. in the fold.

“A Heat source said the team would like Jones back at the right price,” wrote Jackson. “It’s unclear what that price is or whether another team will offer more. Charlotte is among expected suitors.”

Leonard has value as a 7-foot-1 center who is also a very good 3-point shooter. He made 41.4 of his attempts from downtown this past season.

“Maybe $3 million or $4 million in a one-year deal because he (Leonard) can shoot,” said a Heat source. “He would be a steal at the minimum, but he’s more than a minimum guy.’”

It appears there will be interest elsewhere for Leonard as well at a higher price.

“I could see a team giving him more than [$3 million or $4 million] because stretch bigs have value,” wrote Jackson. “Leonard has said playing time is important to him and he will have a candid discussion with Erik Spoelstra about that.”

Team president Pat Riley has indicated that there won’t be any significant changes to the Heat’s roster prior to opening day of the 2020-21 season.

It looks like they’ll be able to keep starting point guard Goran Dragic for another year or two, which would greatly help retain the chemistry and continuity of a squad that reached the NBA Finals.