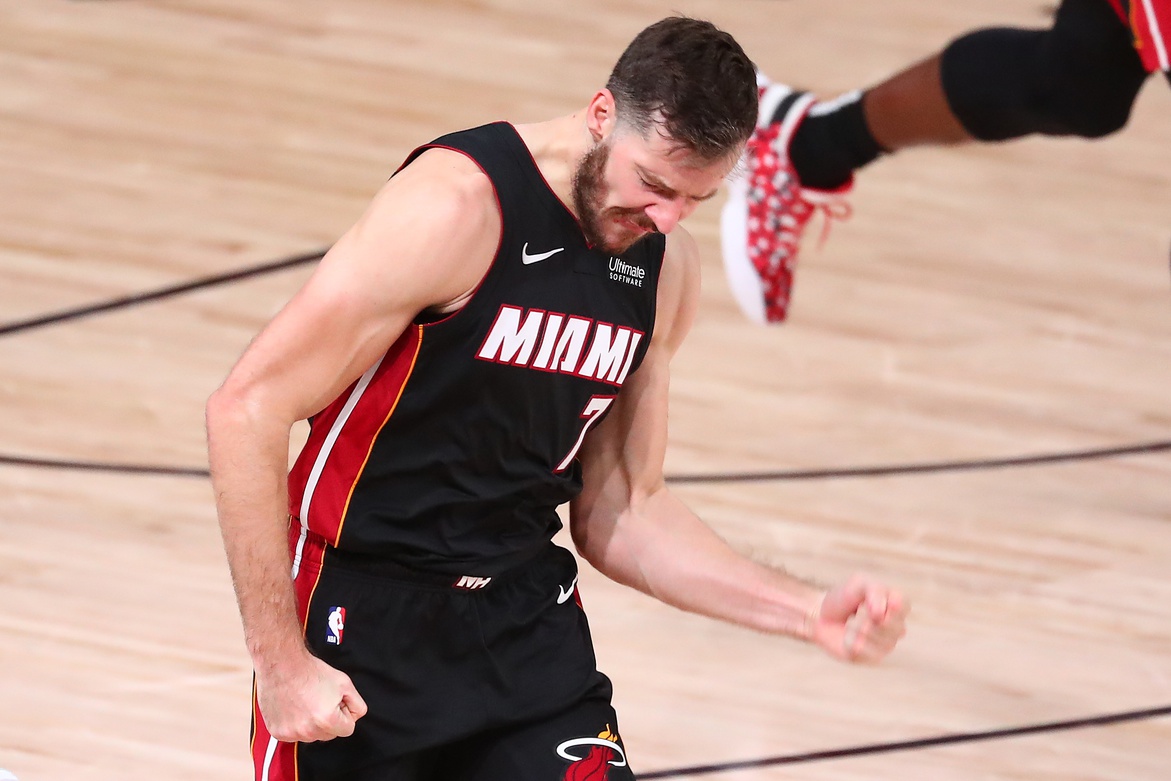 It looks like one of the Miami Heat’s biggest contributors this past season may indeed be back.

Starting guard Goran Dragic will likely sign a new contract to remain in South Florida for at least one more year.

Dragic first arrived in Miami in the middle of the 2014-15 season via a three-team trade.

He had a strong 2019-20 season, and he improved his play during the postseason, averaging 19.1 points a game versus 16.2 in the regular season.

“I would expect the Heat and Dragic to quickly come to a deal that would pay him in that $20 million range, with a potential team option for a second year,” wrote Jackson. “He earned $19.2 million last season. Both sides want to strike a deal quickly.”

He was especially key in the early rounds of the playoffs, as Miami first upset the heavily favored Milwaukee Bucks in the second round, then toppled the Boston Celtics in the Eastern Conference Finals.

Unfortunately, Dragic suffered a plantar fascia injury in Game 1 of the NBA Finals and missed most of the series.

Although he will turn 35 this spring, Dragic still appears to have plenty left in the tank, assuming he makes a full recovery.

His ability to dictate the tempo, score and hit the open man has been integral to the Heat’s attack.