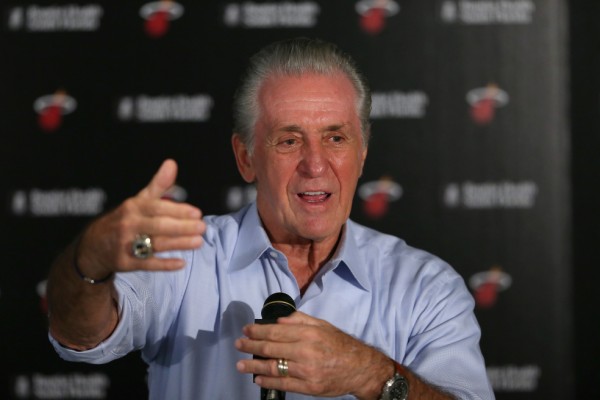 With the 2020 NBA Draft now in the books, there seems to be some clarity on the Miami Heat’s plans during the upcoming free-agency period, at least according to team president Pat Riley.

With Houston Rockets superstar James Harden asking to be traded, there have been some whispers that perhaps the Heat will go after him.

But coming off an unexpected trip to the NBA Finals, and with next year’s free-agency class potentially a big one, there seems to be no sense of urgency for the Heat to make any major moves right now.

In Bam Adebayo, Tyler Herro, Kendrick Nunn and Duncan Robinson, Miami possesses several young studs who look to have plenty of potential to become even better in the next few years.

Even if Milwaukee Bucks superstar Giannis Antetokounmpo, who has been linked to the Heat, doesn’t end up being available in 2021, there are other stars, such as Kawhi Leonard and Paul George, who may become free agents.

In addition, someone like Bradley Beal could possibly be had via trade at that time.