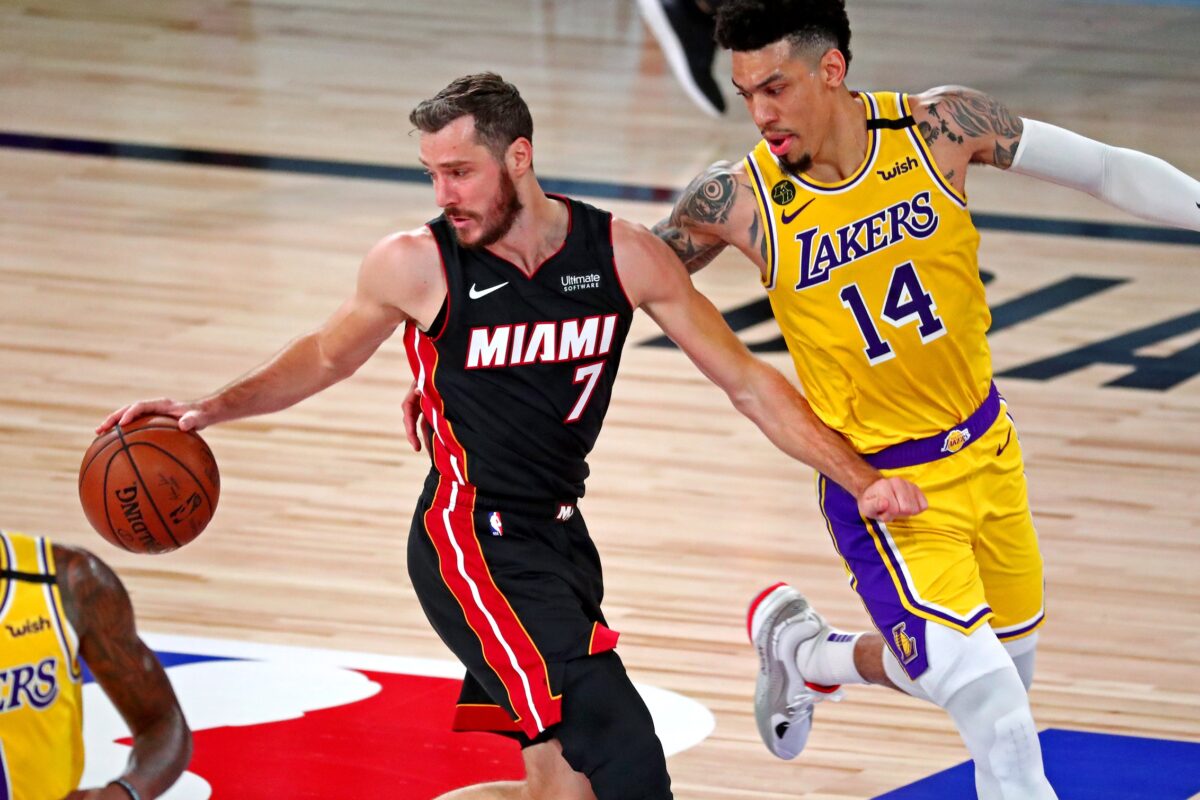 The status of Miami Heat guard Goran Dragic for Game 3 of the NBA Finals against the Los Angeles Lakers isn’t positive despite the fact that treatment is being performed virtually around the clock for his torn plantar fascia.

There is some hope that Bam Adebayo (neck strain) will be well enough to attempt playing in Game 3.

Optimism isn’t as high for Goran Dragic (plantar fascia), who – like Bam – is getting near-constant treatment.

Dragic suffered his injury during Game 1 on Wednesday night, with some ominous reports at the time indicating that he wouldn’t be able to return for the remainder of the series.

After missing Game 2, that early assessment could end up coming true given that the tireless efforts of the Heat training staff haven’t rendered positive results thus far.

Dragic primarily came off the bench for the Heat during the regular season but was installed in the starting lineup once the postseason began.

The 34-year-old Dragic thrived in that role, with the veteran averaging 19.9 points, 4.6 assists and 4.0 rebounds during the playoffs as the Heat roared into the finals by winning 12 of their 15 games.

That roar has been diminished because of the injuries to Dragic and Bam Adebayo, but a win on Sunday night could change the momentum of the series.

Back in 2006, the Heat also faced a 0-2 deficit in the finals and ran off four straight wins to capture the franchise’s first title. However, having history repeat itself might be next to impossible if Dragic isn’t able to return to the court.