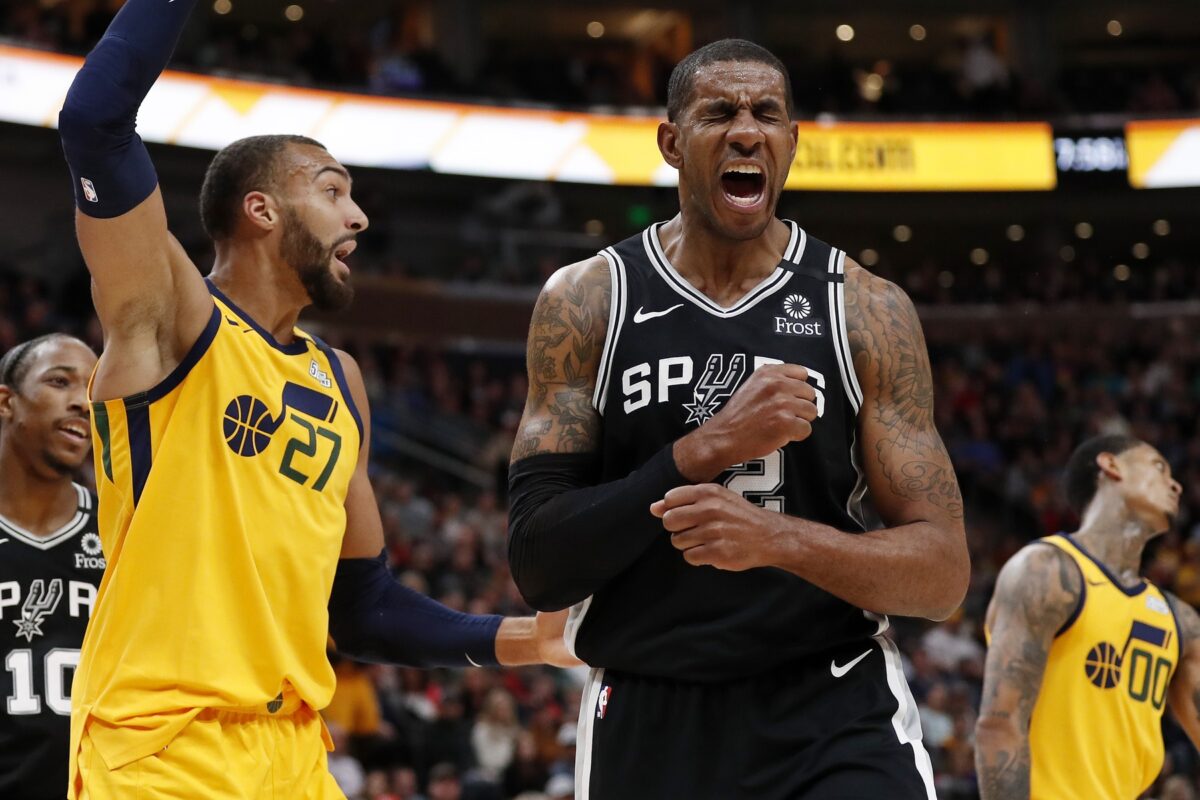 The two teams that advanced to the NBA Finals last season are believed to be the frontrunners to land San Antonio Spurs big man LaMarcus Aldridge.

In fact, a recent report indicates that the belief is that Aldridge will soon become the starting center for either the Miami Heat or Los Angeles Lakers.

League source says that after likely being bought out, "I'm hearing Drummond is going to land in Los Angeles (Lakers) and Aldridge will be the starting center for either Miami, the Lakers. Brooklyn's in the hunt for both.

Aldridge and the Heat have been connected for quite some time. As for the Lakers, they’re in desperate need of a starting-caliber big man due to the absence of All-Star Anthony Davis.

So far this season, Aldridge, 35, is averaging 13.7 points, 4.5 rebounds and 1.7 assists per game. Those numbers mark major reductions compared to last season. However, he is playing significantly less this season.

With the hours prior to the trade deadline winding down, it will be fascinating to see how the market for Aldridge heats up. Even if a trade does not materialize, a contract buyout seems likely.

Whatever happens, it seems clear that his time with the Spurs is about to end.