Report: Goran Dragic Expected to Get $19 Million Offer From Miami Heat This Summer 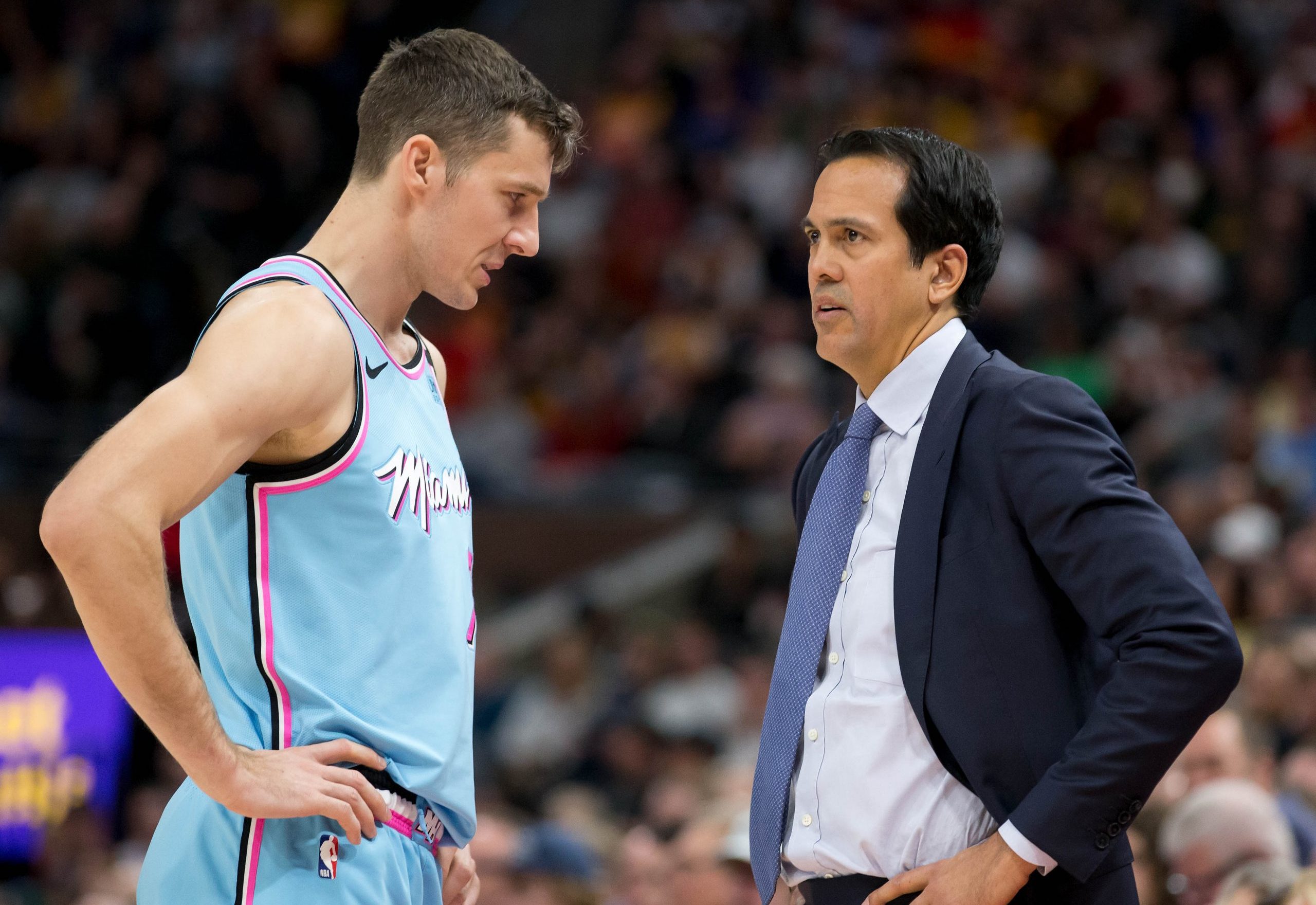 The Miami Heat are already looking ahead towards the star-studded 2021 free-agency class, but that doesn’t mean they don’t plan to seriously compete next season.

Based on a report from Barry Jackson of the Miami Herald, a source close to veteran guard Goran Dragic expects a large one-year offer from the Heat. Dragic has been invaluable for the Heat this season.

“An associate of Dragic anticipates a large one-year offer from Miami this summer, potentially in the range of this season’s $19 million salary,” Jackson wrote. “The Heat values his contributions, professionalism and enormous offensive boost off the bench. And don’t overlook the fact Jimmy Butler and Dragic are close.”

So far this season, Dragic is averaging 16.1 points, 5.1 assists and 3.1 rebounds per game. The vast majority of that production has come off the bench, as Dragic has served as one of Miami’s leaders on their second unit.

In fact, Dragic has started just one game so far this season. If he doesn’t start another game this season, that one game will tie the career low he set in his rookie year.

It is not entirely clear how interested Dragic would be in accepting a one-year deal.

At 33 years old, he could probably earn himself one last multi-year contract before calling it a career. That being said, a $19-million offer would definitely be difficult for Dragic to pass up.

With the Heat looking to keep their books as clean as possible leading up to the 2021 offseason, it will be interesting to see how they approach this upcoming offseason. Surely, Heat team president Pat Riley will not sacrifice competing now for potential success in the future.

Hopefully, that means Dragic’s time in South Florida will last quite a bit longer.