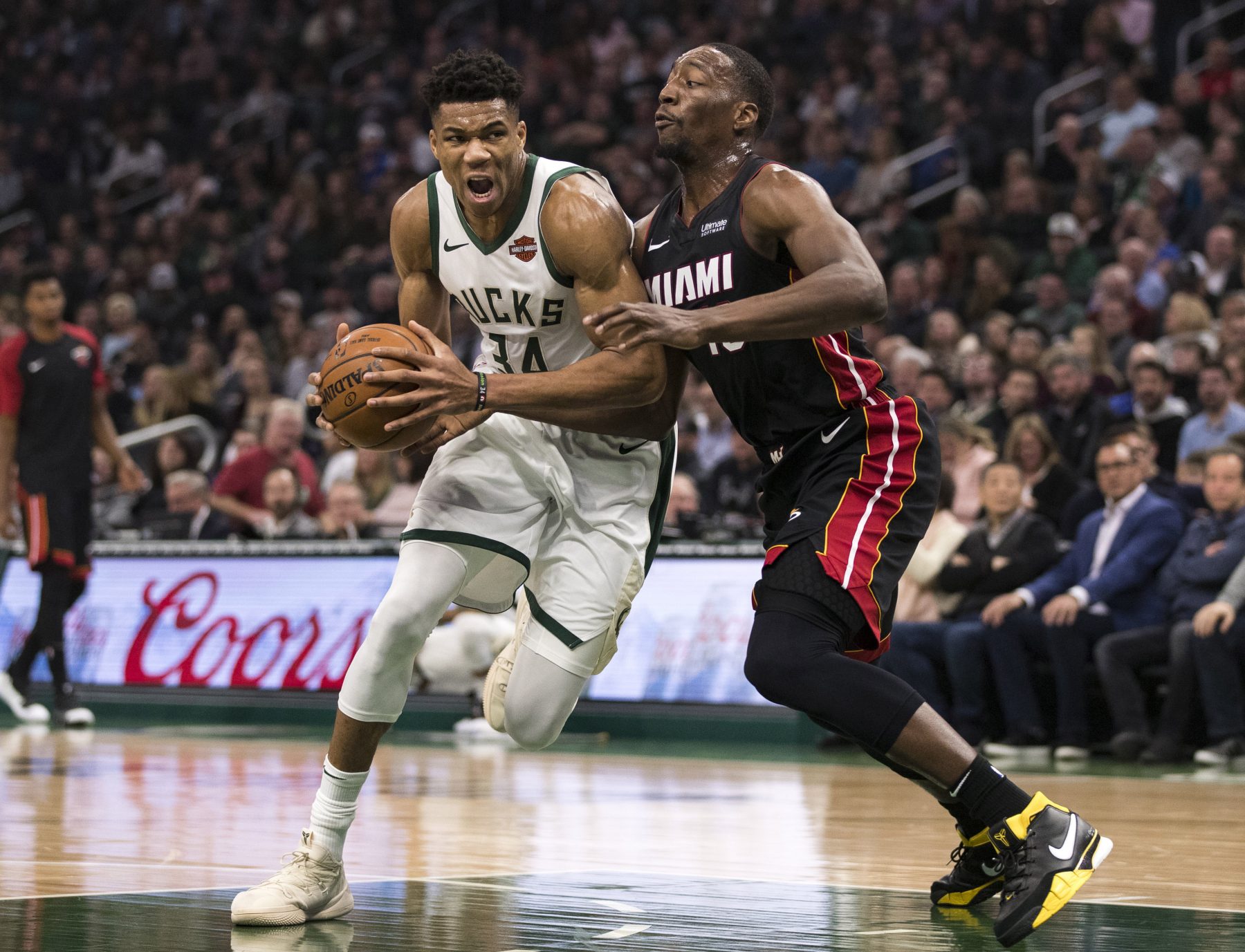 The Miami Heat have their eyes set on 2021 free agency.

According to Sean Deveney of Heavy.com, one general manager indicated the Heat’s future free agent pitching starts with Antetokounmpo.

“Everything they’ve done, any call that goes through them, it starts with, ‘How does this affect 2021?’” the GM asked. “They want to be able to make that good pitch, with Jimmy Butler and Spo (coach Erik Spoelstra) and Pat Riley, that’s important to them. And it starts with Giannis.”

Antetokounmpo, 25, is expected to be the best free agent of the class of 2021.

After earning his first MVP award last season, Antetokounmpo is having an even better campaign this year. He is putting up 30.0 points, 13.5 rebounds and 5.8 assists per game this season.

Furthermore, the All-Star’s production has the Bucks with the top record in the league.

The ceiling isn’t clear for the 6-foot-11 forward, who can raise his game if he strengthens his jumper. Nonetheless, his superstar status will have numerous teams trying to pry him away from Milwaukee.

While the Heat are considered long shots to sign Antetokounmpo in 2021, team president Pat Riley is never one to be counted out.

After all, the Heat lured LeBron James away from the Cleveland Cavaliers in 2010. James, who grew up in Cleveland, was a hometown favorite and the best player in the 2010 free agent class.

Yet, Riley and the Heat were able to convince James on a better future in Miami.

A similar circumstance could end up being the case with Antetokounmpo if the Bucks aren’t able to capture a championship this season or next.