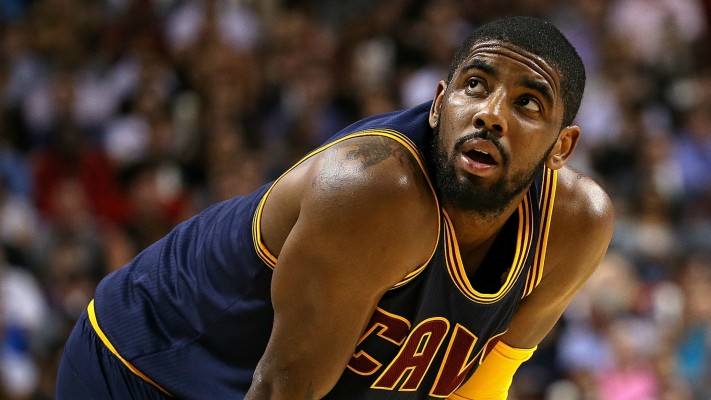 Despite recent reports that the Miami Heat are not actively interested in acquiring disgruntled Cleveland Cavaliers point guard Kyrie Irving, one analyst is convinced he will end up in Miami.

Ramona Shelburne joined ESPN‘s 5-on-5 panel to discuss the drama in Cleveland and seemed confident in her belief that the always savvy president of basketball operations Pat Riley and vice president Andy Elisburg will eventually succeed in getting a deal done.

“The Heat are dying for a young star, and Pat Riley and Andy Elisburg are both creative and bold enough to find a way to get this deal done,” she said. “I think the Cavs will be worse after dealing Irving, because right now there’s no real leverage for Cleveland to push for multiple picks or young players.”

If Shelburne is right, and the Heat are to succeed in securing Irving without giving up one of their marquee players in return, it could catapult them to the top of the list of teams likely to challenge the Cavs for the Eastern Conference crown this upcoming season.
[xyz-ihs snippet=”HN-Native-EndofArticle”]