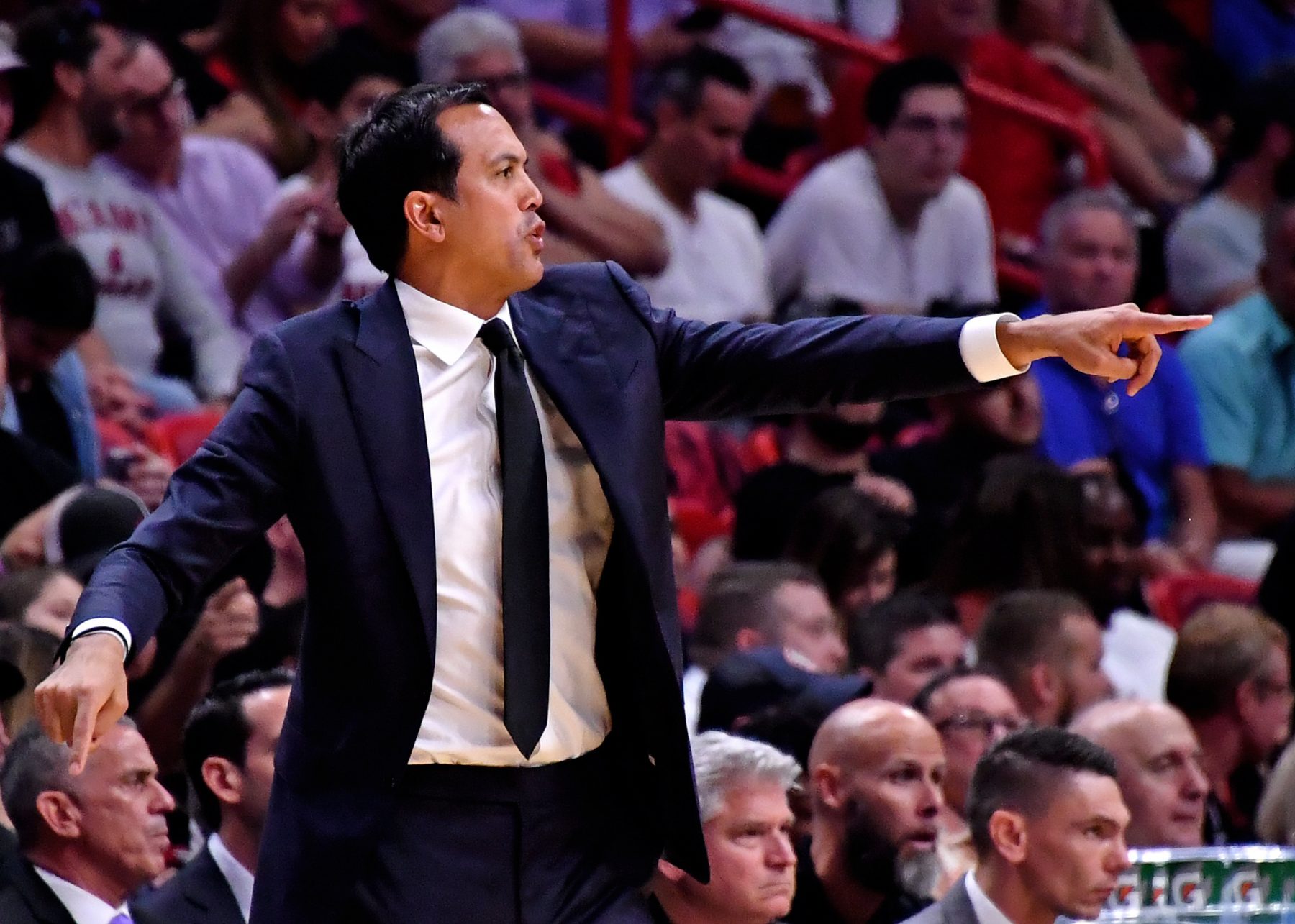 The Miami Heat pride themselves on having one of the best team cultures throughout the NBA.

During the time that the NBA’s 2019-20 season was on pause, the team was still holding intense workouts five days per week. The team culture has also gained admirers from around the league.

Yaron Weitzman of Bleacher Report has now revealed another layer of the famed Heat culture, with an example coming from Heat head coach Erik Spoelstra this season after the team had lost to the Washington Wizards in a blowout on Dec. 30.

“About seven months ago, the Heat lost to the Wizards in Washington by 18 points,” wrote Weitzman. “This wouldn’t be particularly noteworthy—the NBA’s regular season is long, and blowouts happen—except that the team’s effort, even though the loss had come on the heels of a five-game winning streak, had angered Spoelstra.

“Spoelstra walked over to a folding table at center court where [Pat] Riley, team owner Micky Arison and senior vice president of basketball operations Andy Elisburg—still in attendance three hours into a New Year’s Day practice—sat. The group, responsible for so much success, talked and laughed and took in all the work taking place around them.

“After a few minutes, Spoelstra strolled over to Robinson and Nunn.

“For 10 minutes he stood there, watching in quiet, his eyes glued to their feet. Then he moved on to another group.”

Having the players go through that type of practice seemed to work as the Heat won their next game on Jan. 2 against the defending-champion Toronto Raptors.

After that game against the Wizards, many Heat players mentioned that they understood they needed to improve, especially on the defensive end. Those improvements were evident in the game against the Raptors, as the Heat held them to just 76 points.

A story like this is just another example of how dedicated the Heat are to preserving the type of culture that they’ve come to be known for throughout the past couple of years.