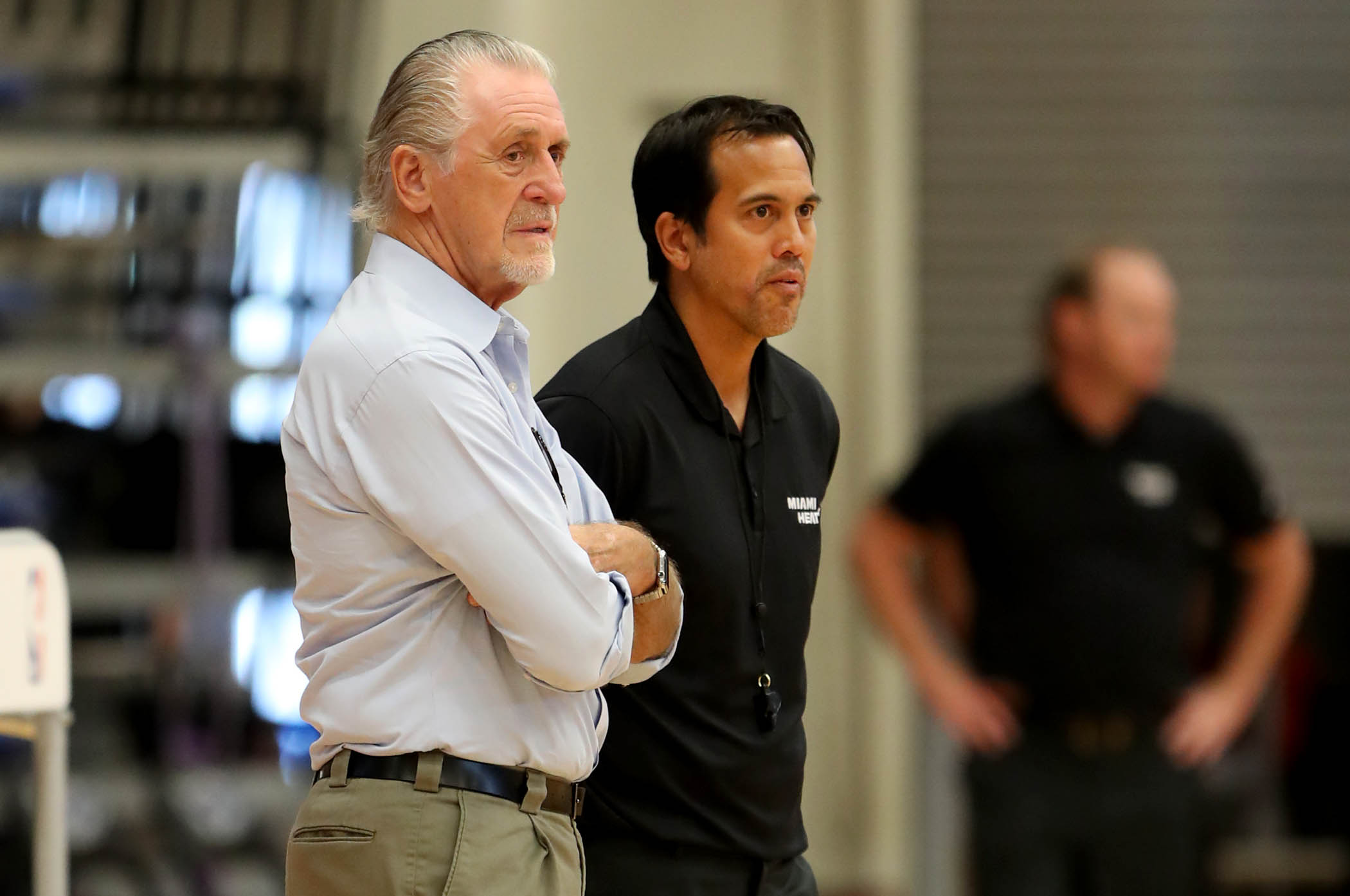 The Chicago Bulls are in search of a new executive to run their front office, with a new report suggesting that one of their main targets is Miami Heat vice president of basketball operations Adam Simon.

ESPN’s Adrian Wojnarowski reported that two candidates from other teams were main contenders for the Bulls job.

However, Joe Cowley of the Chicago Sun-Times later quoted a source who stated that Simon was an intriguing option to Bulls chief operating officer Michael Reinsdorf, who appears to be fond of the Heat’s culture.

“The report mentioned Nuggets GM Arturas Karnisovas and Toronto GM Bobby Webster as two candidates to be interviewed, but a source told the Sun-Times on Friday that a lot of Reinsdorf’s focus has also been on Miami — not only in their front office personnel like vice president of basketball operations Adam Simon, but also mimicking the structure, as well as scouting several of their players that will enter free agency,” Cowley wrote.

Dragic is likely the more expendable of the two players, given his age (33) and the amount of money it would take to re-sign the veteran.

On the other hand, Jones Jr. is just 23 and is seen as a developing talent for the future. Perhaps more importantly, the price to bring him back next season would presumably cost the Heat much less money.

Whoever is hired by the Bulls would replace current general manager Gar Forman, with the team currently in the midst of a lengthy rebuilding project.