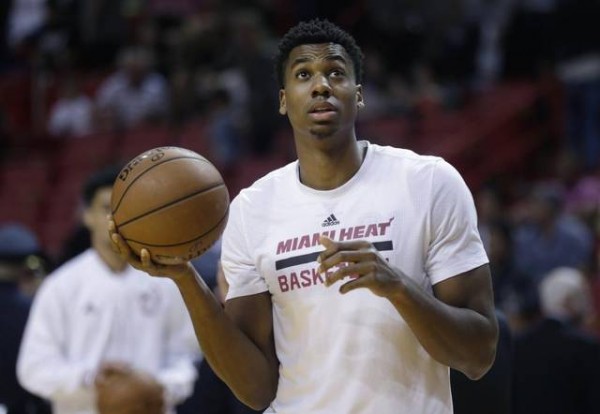 In a surprising turn of events, it seems that the Dallas Mavericks are officially all in on making Hassan Whiteside their new big man once free agency begins. We’ve already heard reports that Whiteside has narrowed his list down to Dallas or the Miami Heat, but now it looks like Dallas is the clear-cut favorite.

According to Adrian Wojnarowski of The Vertical, the chances of the Heat retaining the 7-footer are looking slimmer by the minute:

It’s unclear how Miami lost ground with Whiteside, but it certainly sounds like Dallas has the edge at the moment. Free agency does not begin until July 1st at midnight, so nothing is official yet, but all signs point to bad news for Miami. Will Miami make the extra push for Kevin Durant if they lose out on Whiteside? Time will tell, but signing both of them are still top priorities for the Heat.
[xyz-ihs snippet=”Responsive-ImagenText”]