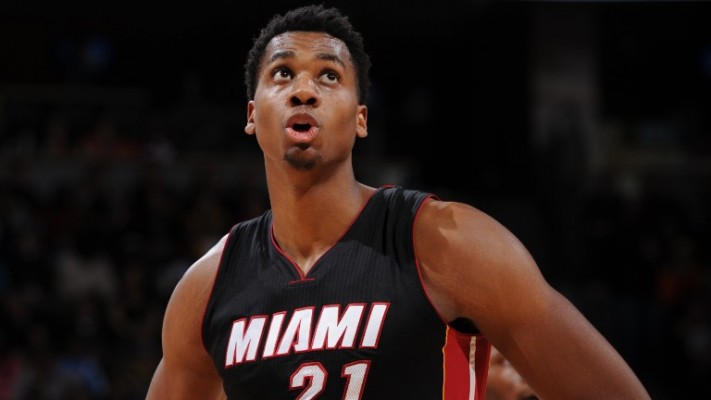 Hassan Whiteside has stated recently that he would choose which team he was going to be playing for on July 1st. However, now it seems like he might have a decision for Miami Heat fans as early as the first few minutes of free agency.

This tweet by Adrian Wojnarowski from The Vertical clearly outlines that Whiteside has very little intention of waiting on anyone else.

Sources: As 12:01 AM nears, free agent Hassan Whiteside's focus is centered on Miami and Dallas. Decision could come quickly on July 1.

It is important to note that Whiteside has narrowed his choices from multiple teams to just the Heat and Dallas Mavericks. The Los Angeles Lakers and Portland Trailblazers had been rumored to be making a strong push, but it seems that the 7-footer has decided to focus on choosing between his current team and Mark Cuban’s Mavericks.

The Heat have a meeting scheduled with Kevin Durant for Sunday, July 3rd, but it doesn’t look like Whiteside will be waiting around that long. The Mavs are reportedly willing to pay Whiteside the max right out of the gate. This might leave Miami in a tough spot while it tries and balances its other high-profile free agent targets.

Looks like Heat fans won’t have to wait too much longer to find out if the Whiteside will be in Miami next season.
[xyz-ihs snippet=”Responsive-ImagenText”]