Here’s Why Pat Riley Has Not Yet Offered Dwyane Wade the $5.3 Million Exception 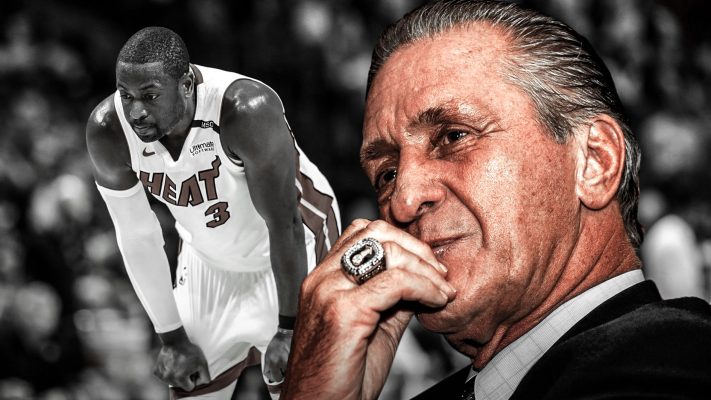 Time is starting to run out for Dwyane Wade to commit to the Miami Heat and re-sign for the 2018-19 season. While signs have seemingly pointed to his desire to return, it is still largely unclear.

In a recent interview, Heat team president Pat Riley seemed rather noncommittal in offering Wade the team’s $5.3 million luxury tax exception. While the exception seems like an ideal way to bring Wade back for another season, there may be a reason why Riley has not yet extended the offer.

According to Ira Winderman of the Sun Sentinel, Riley is still gauging Wade’s willingness to invest in yet another full season of NBA action.

“I believe Pat (Riley) mostly wants a read on how invested Dwyane will be this season, since it would eat into the playing time of players with longer-term outlooks with the team,” he wrote. “If Dwyane is as all-in as he was over the second half of last season, then offering the most they are allowed is the least the Heat could do. I agree.”

It seems like a fair thing to want to be sure of before forking over several million dollars to Wade.

While he is in many ways still the face of the organization, the Heat are on the cusp of entering a very important season where they will be evaluating young talent such as Josh Richardson and Justise Winslow. If Wade is on the roster, his playing time will undoubtedly detract from Richardson’s and Winslow’s. So if he is on the team, it does make sense for Riley to want to know that he is all in.

Hopefully Wade will express his total commitment soon so that Riley can get a deal done well before training camp begins. If he does return, Miami fans will certainly cherish every minute he’s on the court, as it’s quite likely this season would be his last.
[xyz-ihs snippet=”HN-300×250-TextnImage”]