Report: NBA Executive Says Giannis Antetokounmpo Will Join Miami Heat If He Loses in 2nd Round 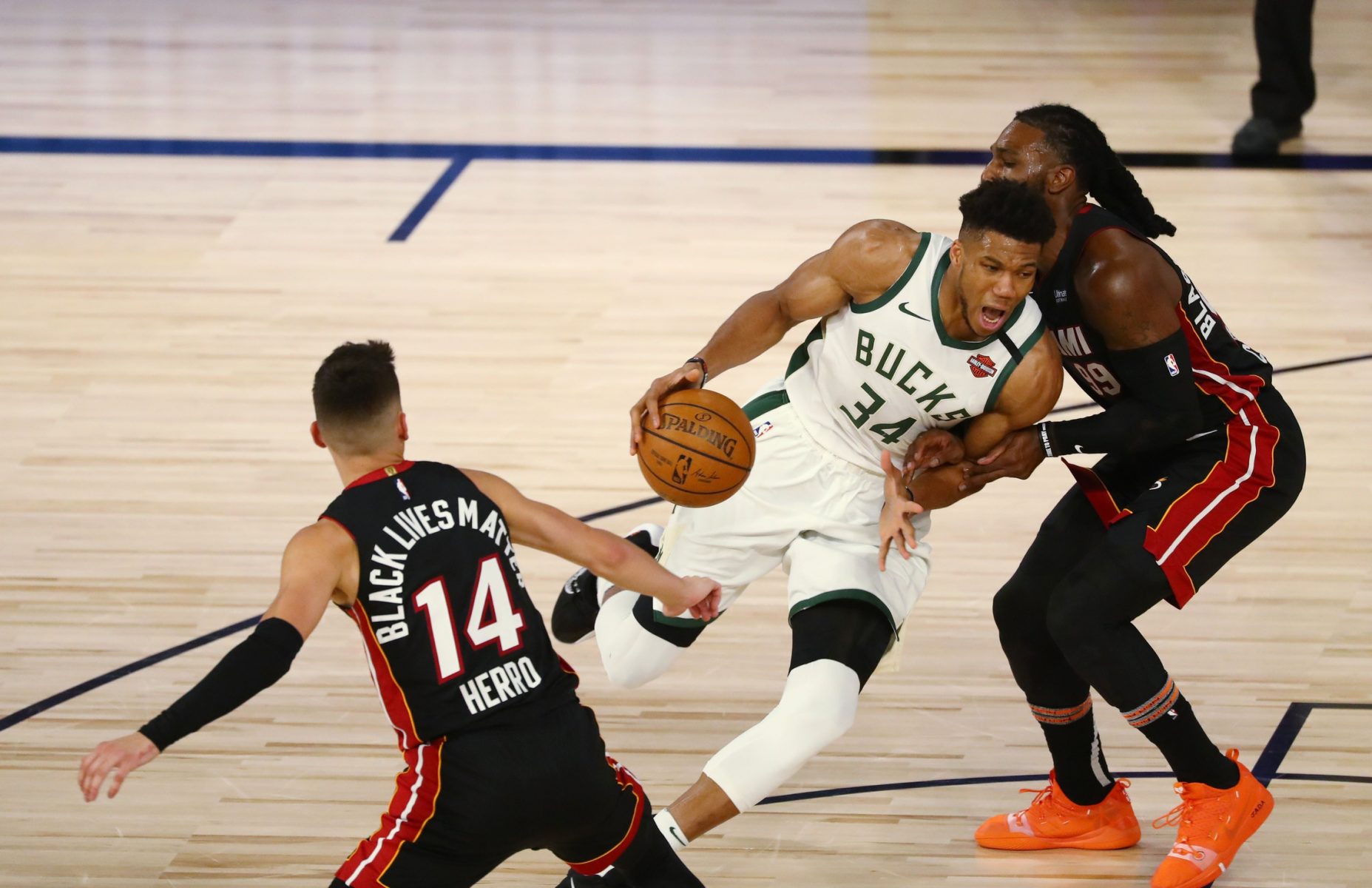 While the Miami Heat are currently playing for a spot in the 2020 Eastern Conference Finals, they may also be playing for a lot more.

That’s because one NBA executive believes that if the Heat end up beating the Milwaukee Bucks in their current playoff series, Bucks superstar Giannis Antetokounmpo will ultimately decide to join the Heat in the near future.

Antetokounmpo is of course expected to be the Heat’s primary target in the 2021 free agency period.

“So, let’s read this room,” Sam Amick of The Athletic wrote. “I asked the aforementioned front office executive which team Antetokounmpo might wind up with if Miami goes on to finish this job and create such havoc for the Bucks.

Antetokounmpo is a generational talent. If he were to join the Heat, he would be the most dominant player in South Florida since LeBron James.

Beyond that, if the defending MVP lands in Miami, the Heat will become arguably the most dangerous team in the NBA.

Assuming Miami manages to lock up Bam Adebayo with a long-term contract, there will be three All-Stars in South Florida for quite some time. A three-headed monster of Adebayo, Antetokounmpo and Jimmy Butler would be dangerous and versatile trio.

Game 2 of the series between the Bucks and Heat is set to take place on Wednesday evening in Orlando, Fla.