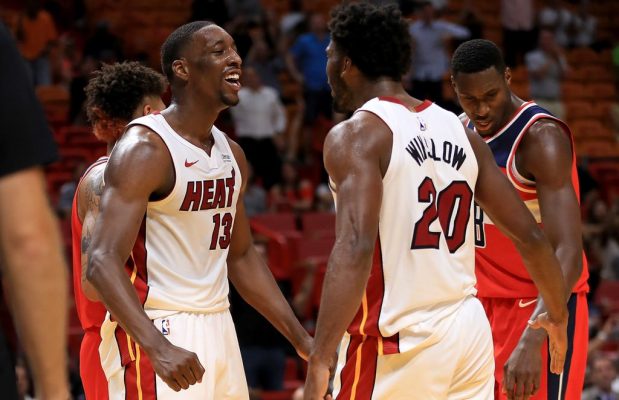 The Miami Heat have made it a point to try to add more top-tier talent to their roster this offseason. Since trading for Jimmy Butler, however, those attempts have fallen short.

That doesn’t mean the Heat are anywhere close to calling it quits in their attempt to get better.

According to a Saturday morning report from Ira Winderman of the Sun Sentinel, it is quite likely that Heat team president Pat Riley will continue to try to improve his roster as the offseason begins to wane.

“Since then? Crickets . . . with the accompanying notion that the Miami Heat are done.

“For the moment? Perhaps. Through August and into September? A reasonable assumption.

“But as the calendar turns from July to August, too much has transpired to assume that Pat Riley envisions this as his finished product.”

In fact, Winderman indicated that it is quite likely that the pursuit of added talent will continue into the 2019-20 regular season.

“If the Heat’s offseason has not turned out to be as transformative as anticipated in the wake of the Butler signing, the season still could be,” he wrote.

For the moment, it is widely believed that the most likely star players to end up in South Florida in the near future are either Chris Paul or Bradley Beal. That being said, another recent report indicated that the Heat are also focused on bringing in a starting-caliber small forward so that Butler could shift to the shooting guard position.

With a number of expiring or near-expiring contracts still on the roster and a clear incentive to compete now as the Eastern Conference remains relatively wide open, there is little doubt that now is the time to strike.

So while it may continue to remain relatively quiet in South Beach for the rest of the offseason, do not expect that to extend into the regular season.