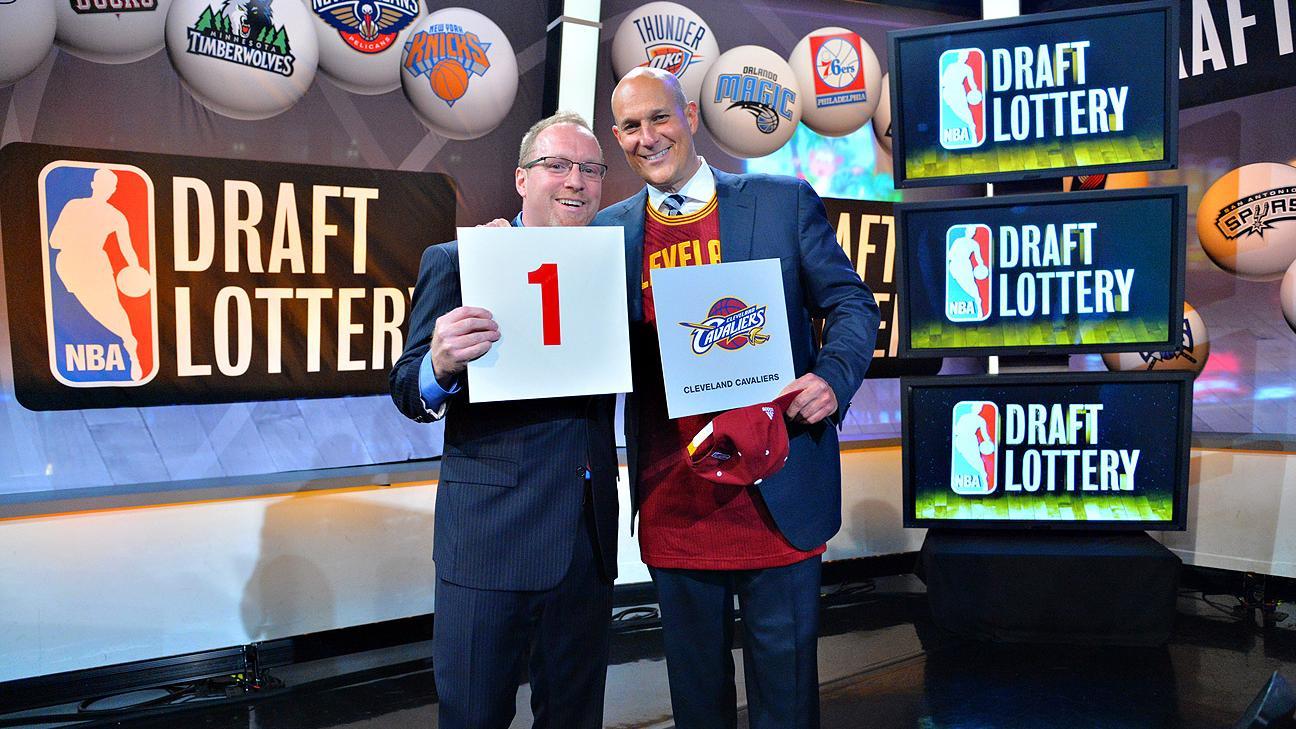 Well, you certainly don’t hear this every day, but after the events on Tuesday night, I have to say it: Cleveland is the luckiest team in the NBA.

While the Miami Heat were getting ready to battle the Indiana Pacers in the Eastern Conference Finals, the Cleveland Cavaliers were busy winning the NBA draft lottery for the third time in four years. The Cavs jumped over teams like the Milwaukee Bucks, who had a 25% chance of winning the lottery, despite having just a 1.7% chance of landing the first pick.

This could be a franchise-changer for Cleveland (as if we haven’t said that before), who faces perhaps the most important offseason since LeBron James left town in 2010. With a new look front office, Cleveland is poised to add the best player in the most talented draft class since 2003.

The pick could be monumentally instrumental for the Cavs, as it suddenly makes their coaching vacancy look very appealing and opens up the possibility of luring big name free agents to Cleveland a la LeBron.

When asked if he thought the #1 pick might do just that, new Cavs GM David Griffin said “If anything, it certainly makes it a more attractive destination, but that’s a process that’s sort of in its infancy right now.”

I have never been part of the group that thinks LeBron will someday go back to Cleveland for a royal homecoming. I think he’s happy in Miami, and more than anything, I think he’s happy winning. But with Kyrie Irving, a new organizational structure and a chance to add a guy like Joel Embiid or Andrew Wiggins to an already promising young lineup, the thought has to at least cross his mind.

With Johnny Manziel (a good friend of James’) joining the Cleveland Browns, the Indians returning to the playoffs last season and the Cavs recently acquiring the number one overall pick, people in Cleveland are excited to be Cleveland fans again, and that’s something that hasn’t existed since James left for Miami.

Another rumor floating around is that the Cavs may try to make a run at Timberwolves forward Kevin Love. Love recently made it public knowledge that he doesn’t intend to remain in Minnesota, and said he will exercise his early termination option to test free agency this summer. If Cleveland can get Love to commit past this season, they could very well be willing to ship the number one pick off to land his services.

Cleveland’s brass has long felt that bringing another superstar-type player like Love could help lure James back to Cleveland either this summer or next. In order to make it a worthwhile gamble, Cleveland would need Love to waive his opt-out clause for 2015 and commit to stay in Cleveland at least for the next two years.

This would be a challenge, as Love has said he has a list of teams that he would like to be traded to, and while I don’t have confirmation from his camp, I’m willing to bet that the Cleveland Cavaliers are not on that list. Love has stated his interest in joining the Chicago Bulls and Golden State Warriors, two teams that are perennial playoff contenders, even if they’re still a step or two from competing for a championship.

After four consecutive lottery campaigns, having a legitimate shot at a championship in Cleveland may seem like a pipe dream, but the Cavs are in a position to change the culture quickly. Cleveland has an opportunity to add a coach who can turn the organization around and inherit a roster loaded with young talent, some of whom haven’t even begun to scrape their potential.

Some could consider Dion Waiters and Anthony Bennett to be busts, but given the right role and opportunities, I still think both could flourish into successful NBA players. Neither will go on to be league MVP, that’s for sure, but just as we’ve seen happen in Miami, James has the ability to make everyone around him better.

LeBron has had a great deal of success in Miami, and if Wade’s knees stay healthy and Chris Bosh continues his upward trend it’s hard to see him leaving, for Cleveland or anywhere else. The Heat are on the verge of their third consecutive championship, and no one is entirely sure how winning or not winning a title may impact James’ decision to stay or go.

One thing that isn’t up for debate is James’ desire to win championships, to solidify his legacy and etch his name amongst the all-time greats. When asked how he thought teams would try to make a pitch for him to switch jerseys, James said it didn’t matter. “I am unrecruitable” he admitted frankly, showing that he has no desire to hear about all the great plans the team has or the way the city and fans might support him.

The man wants to win. That’s all.

The only way that Cleveland or any other team will be able to convince LeBron to leave Miami is with results, not promise. James is in the prime of his career, dominating the league at a level that has seldom been seen before. He doesn’t have the time or the patience to wait through a 3 year rebuild or wait for his teammates to blossom, he needs to win now.

So yes, Cleveland has the number one pick in the NBA draft… Again.

But don’t be so quick to jump on the “LeBron back to Cleveland” bandwagon, there are still a lot of steps that need to take place before that becomes a legitimate option. Miami is still, and probably always will be the favorite to retain LeBron’s services, and no number one draft pick alone can change that.