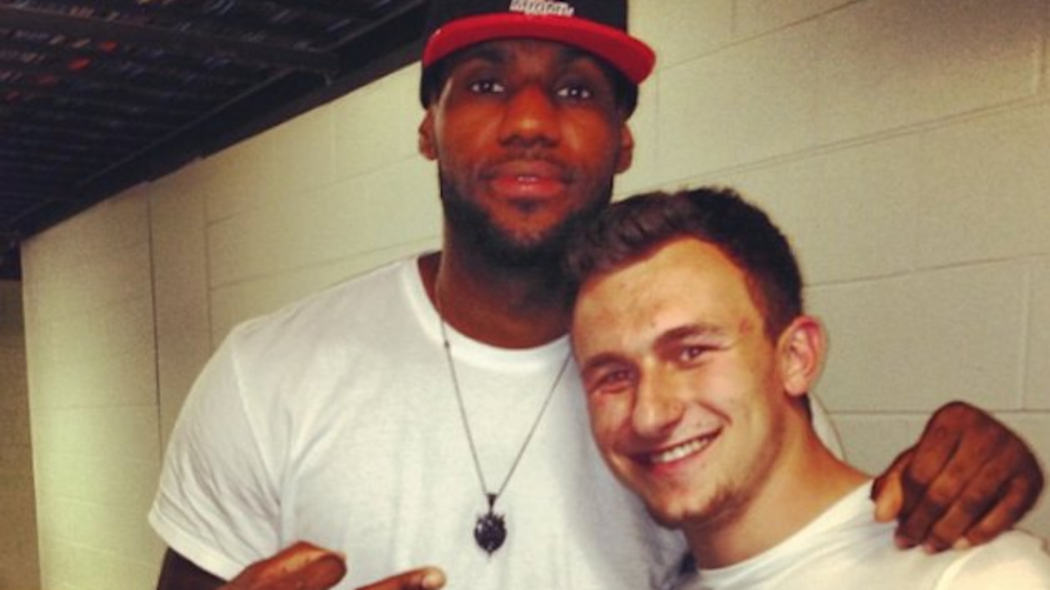 LeBron James was spotted today wearing a Cleveland Browns jersey with none other than Johnny Manziel’s name on the back. James has never been shy about letting the world know that he’s Dallas Cowboys fan, but apparently bringing Johnny Football to his hometown has inspired a change of heart from The King.

The photo has once again stirred up the rumors of a possible Cleveland homecoming for LeBron this summer, when he and the other members of the “Big 3” have the opportunity to opt out of their deals with the Miami Heat. But while Manziel is an exciting addition to the Browns roster, it doesn’t change the state of affairs for the Cavaliers, who have missed the playoffs in each of the four seasons since James’ departure.

It is, however, well documented that the two superstars have a good relationship and also share an agent, making it possible that Johhny could try to lure LeBron back to where it all began for him.

Cleveland has seen a major sports revitalization in the past few years with Kyrie Irving re-energizing the basketball scene, the Indians making the playoffs last season for the first time since 2007 and the Browns boasting one of their most promising rosters in years.

James has refused to address his future time and again when asked by members of the media, but you can bet that this will only add fuel to the fire when it comes to the “LeBron to Cleveland” rumors.