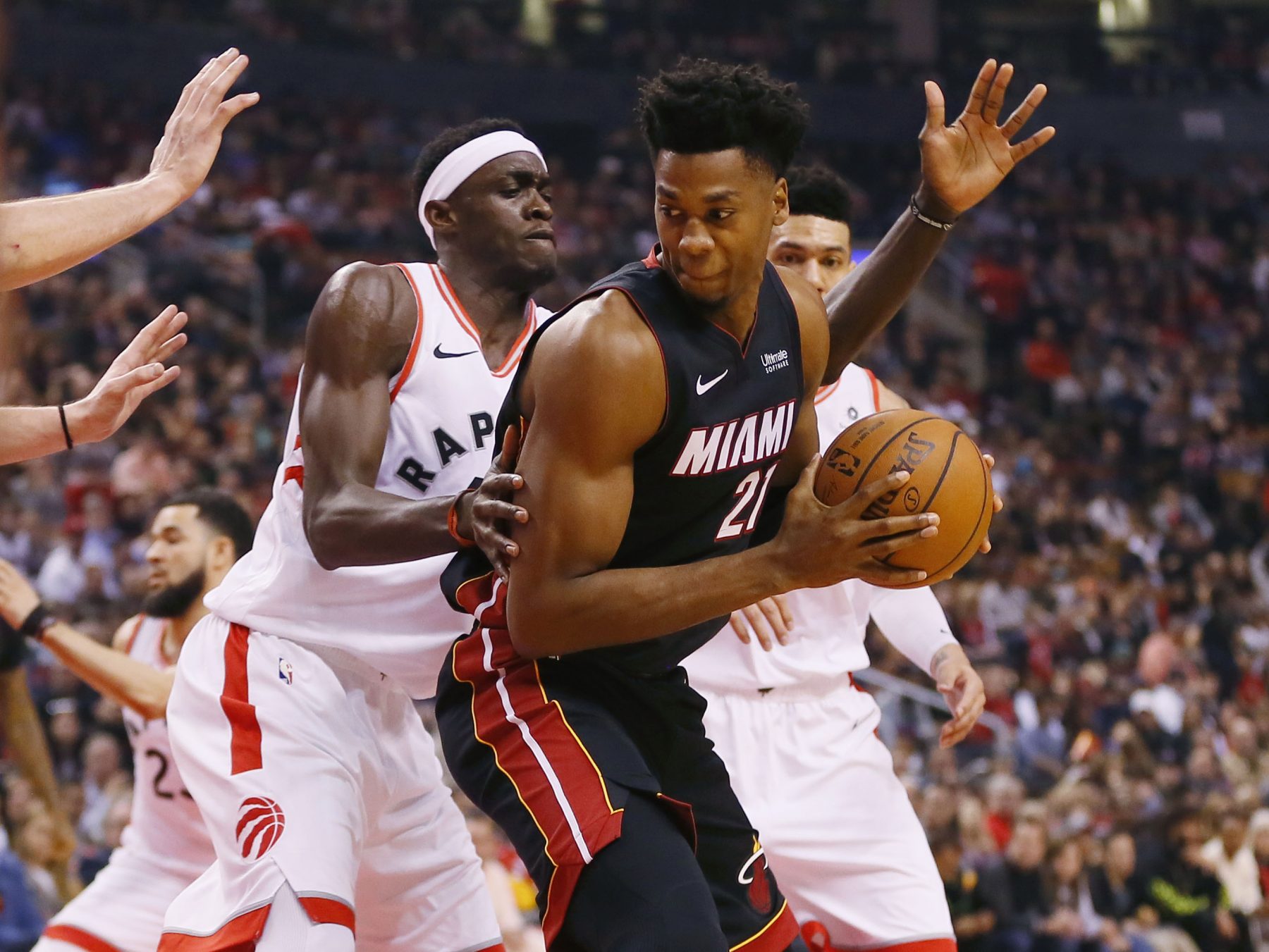 So far this offseason, the question of whether or not Miami Heat big man Hassan Whiteside will opt in to the final year of his current contract remains unanswered.

The Heat have reportedly told Whiteside that his role with the team is in question. Still, the mercurial big man will likely have a hard time turning down the $27 million he is projected to make with Miami in the 2019-20 season.

If he does ultimately end up opting in, a recent report indicates that the only way another team around the NBA would be willing to trade for Whiteside is if it means dealing a long-term contract of its own.

“Dragic likely would stand as the more tradeable option should he opt in, because of the lower scale of his contract,” Ira Winderman of the Sun Sentinel wrote. “Whiteside, who fell out of the starting lineup by season’s end, would likely be tempting as a trade asset only by a team looking to move off a longer-term contract.

“Should Whiteside and Dragic opt in, the latest either could be traded would be February’s NBA trading deadline, otherwise to hit 2020 free agency.”

Given this report, the possibility that the Heat do trade Whiteside seems somewhat unlikely. Team president Pat Riley has made it clear that he wants to free up as much cap space as possible before next summer to make a serious free agency push.

Trading away Whiteside to take on not only an expensive, but also a longterm deal seems counterproductive to that goal.

Still, it’s not impossible. If Riley has proven anything over the years it’s that he is always looking to deal. Whether or not that results in saying goodbye to Whiteside before his current contract expires remains to be seen.
[xyz-ihs snippet=”HN-300×250-TextnImage”]