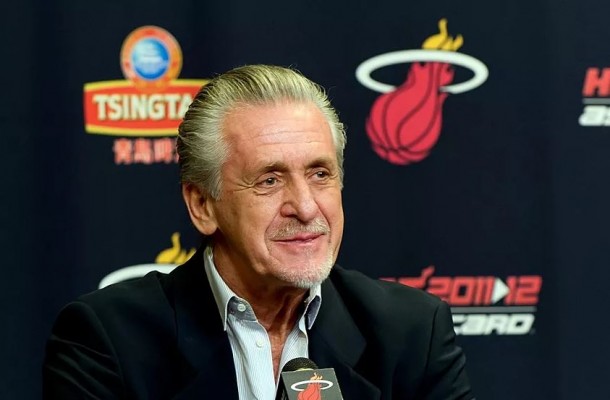 The Miami Heat will have ample cap space in 2020 and plan to make a run at two max-contract free agents. Team president Pat Riley revealed that the team has targeted 2020 as a year to make big noise in the offseason.

“We’ve done this four times now, had a good group of players, young players, and then either through free agency or through trade brought the superstar in,” Riley said. “In 2020, we’ll have a lot of room. We’ll also have the possibility to have enough room to go after two max contracts. And we’re going to do that. So, we’re planning that 2020 will be the room year.”

The plan makes a lot of sense for Miami, as the team won’t have much financial freedom this coming summer. The Heat already have 10 players signed for 2019-20, with total cap allocations already exceeding $136 million.

However, high-paid players such as Ryan Anderson, Goran Dragic and Hassan Whiteside will all come off the books after next season. Currently Miami only has $71.3 million in cap allocations for the 2020-21 season, meaning they’ll have lots of money to spend in the summer of 2020.

Riley has reason to be optimistic, given the free agents Miami has lured in the past, such as LeBron James and Chris Bosh. And the former player and coach is also optimistic about the possibility of pairing star free agents with a young core that includes exciting players like Bam Adebayo and Justise Winslow.

“We’re chasing a playoff spot when we’re young,” Riley noted. “And then we’re going to be chasing some players that can come in. If we can get one or two players to come in with this group, this young group, then I think the sky’s the limit for this team in the next couple years.”

Miami is currently 27-34. They are one game behind the Charlotte Hornets and Orlando Magic for the eighth seed in the Eastern Conference.
[xyz-ihs snippet=”HN-300×250-TextnImage”]