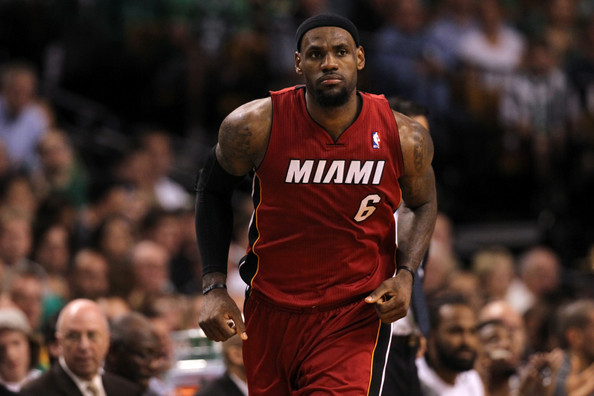 When LeBron James was at the height of his powers in South Florida, it was obvious that the Miami Heat would never agree to trade him no matter the offer; but according to Sam Amick of The Athletic, that didn’t stop Boston Celtics assistant manager Michael Zarren from inquiring about the four-time MVP.

In a Friday morning article regarding the looming trade deadline, NBA executives recounted some of their most memorable moments at this stage in the NBA season.

Zarren recounted a time when he used to constantly ask the Heat if James was available:

“I used to have a running joke with (Miami Heat senior vice president of basketball operations and general manager) Andy Elisburg, that every time I called them I would ask about LeBron (James), and he would say ‘No,’ and then I could say ‘Sources say Celtics and Heat have discussed LeBron.’ Which we did. I mean, clearly we discussed it. It was an instant no, but…

“Some of these trades, you don’t even know how serious it is. I mean, you’re serious, but you don’t know how serious the other side is. We have literally thousands of trade conversations for each trade that happens, but most of those are like…let’s check back in a week. The majority of the conversations we have with other teams are certainly not reported on, right? The vast majority. The enormous majority. I’ve talked to 10 teams in the last week about trades, and I don’t think there’s been a Celtics trade rumor out – this week. They were all serious conversations, but how close to a trade did we get? Not very.”

It is quite clear that Zarren is fully aware of his role and the media’s role in the NBA.

It’s also an interesting insight into how relationships are built and maintained by members of front offices around the league.

While they are, of course, competing with one another, there is also a clear necessity to build workable and productive relationships. It seems Zarren uses his comedic acumen to lighten things up in a business that is quite serious.

With the trade deadline once again looming, the Heat will hope that teams from around the league come calling looking to make deals. While none of their current players are nearly as valuable as James was, there could still be quite a bit of shakeup before the deadlines comes to pass.
[xyz-ihs snippet=”HN-300×250-TextnImage”]