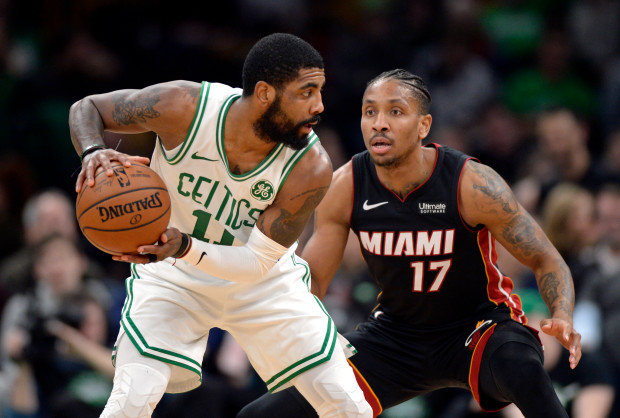 The Miami Heat are looking to make moves prior to the trade deadline next month, and one player that could be on the outs is Rodney McGruder.

According to a report by Barry Jackson of the Miami Herald, the Boston Celtics are expected to inquire about the third-year player:

“That official said he would expect an inquiry by a contender such as Boston that’s in need of a glue-type role player like McGruder. The Heat is over the projected $132 million luxury tax threshold for next season, and re-signing McGruder would raise that tax bill.”

While McGruder likely would not earn the Heat much of a haul in terms of value, it would help the organization from a rotational and financial standpoint, according to Jackson:

“Though the Heat would get little back in return for McGruder (perhaps a conditional second-round pick), dealing him would lessen the rotation logjam and reduce the Heat’s $9.7 million tax bill.”

McGruder isn’t the only Heat player who is thought to be on the trade block at the moment, but it is unclear how many moves the Heat will actually make before the deadline.

At the moment, all reports regarding potential moves should be considered a little more than conjecture. Still, it is clear that McGruder is one player to keep an eye on as the deadline nears.
[xyz-ihs snippet=”HN-300×250-TextnImage”]