Report: Miami Is Having Trouble Moving Wayne Ellington For This Specific Reason 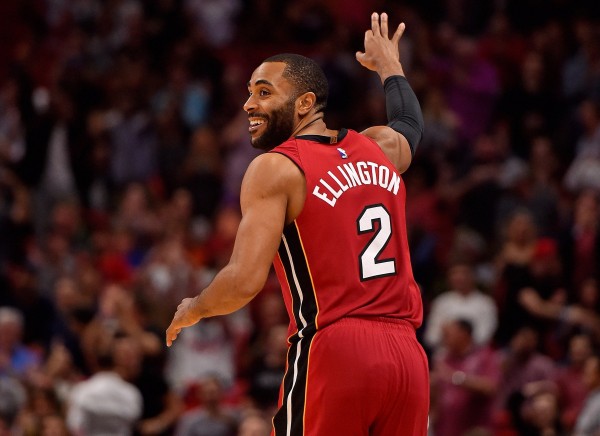 In the last few weeks, it has been reported that the Miami Heat are looking for potential trade partners to deal shooting guard Wayne Ellington, but it seems the finances of a potential move has gotten in the way of getting a deal done.

According to a report by Kelly Iko of The Athletic, the Heat are having troubling moving Ellington because they do not want to take back salary in any potential deal.

“It’s no secret that Ellington is unhappy with his current role with the Heat. In fact, his representatives met with Miami over this issue, seeking a resolution,” Iko wrote. “Per sources, the problem with trying to deal for Ellington is that Miami doesn’t really want to take back salary.”

It makes sense why the Heat are interested in dumping salary, as opposed to taking new salaries on. Despite having no true superstar on their team, the Heat have one of the highest payrolls in the NBA.

It’s why they pursued a trade for All-Star Jimmy Butler so aggressively. At the moment, the only way they are able to acquire premier talent is through trade, because they simply can’t compete on the free agent market.

Moving Ellington and reducing their salary wouldn’t change much, especially because he is an unrestricted free agent this offseason, but it would certainly be a move in the right direction.

It could also help inject some new talent into a Heat roster that has performed solidly thus far in the 2018-19 season, but already seems destined for a first-round playoff defeat if they end up advancing to the playoffs.

In the end, moving Ellington would most likely benefit the player more than his current team. While he logged solid minutes in his first two seasons with the Heat, averaging 24.2 and 26.5 minutes per game respectively, his third season has been far different. Earlier in the 2018-19 season, he was playing solid minutes, but in the month of December, his usage fell off a cliff. He last played double-digit minutes in a game on Dec. 12. Since then, he has played in just five games for a total of 26 minutes.

Presumably, a trade involving Ellington would give him an opportunity to earn his spot in the rotation of another roster in the NBA.
[xyz-ihs snippet=”HN-300×250-TextnImage”]