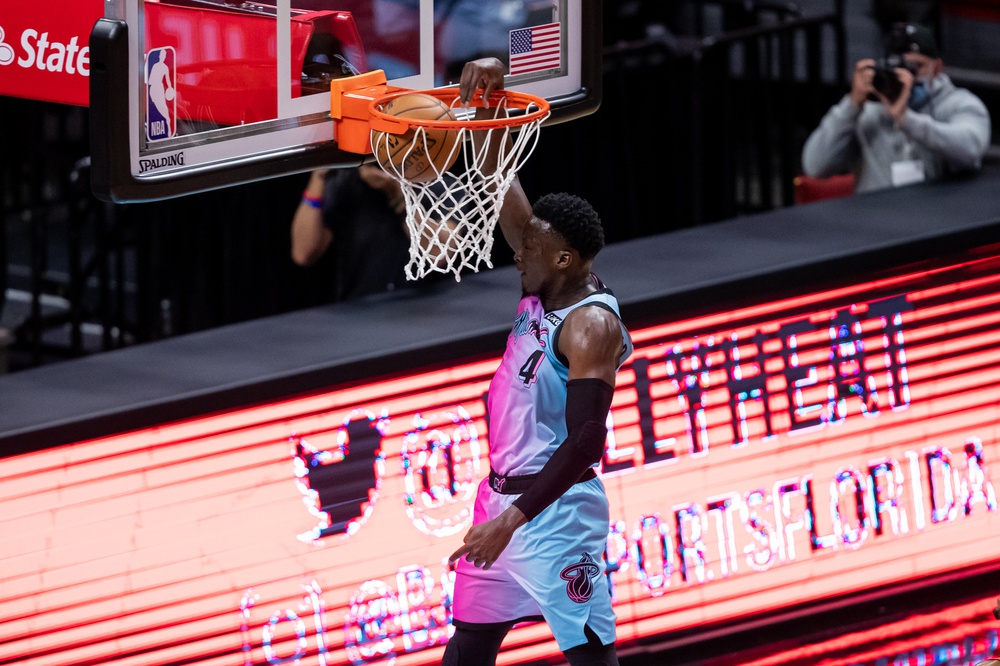 With excitement building about the Miami Heat debut of Victor Oladipo on Thursday night, the veteran guard offered an uncertain answer about whether he’ll be able to play in back-to-back contests this season.

Asked if he can play back to backs here, Oladipo says: "I'll see."

Oladipo’s tentative answer is the result of his severe knee injury in January 2019 that kept him off the court for a lengthy period.

At the time, the 28-year-old Oladipo was a member of the Indiana Pacers, but his looming free agency at the end of this season resulted in the Pacers dealing him to the Houston Rockets in January. Last week, the Rockets sent him to the Heat.

Given the likely huge payday that Oladipo is looking at when free agency arrives, there’s likely a reluctance from him to push himself enough to possibly risk reinjuring his knee.

Looking at the remaining regular season schedule, the Heat have five back-to-back contests scheduled through the middle of next month. The uncertainty of Oladipo’s status for half of those games could be crucial as the Heat continue to battle for a playoff berth.

The Heat are in a much better position to re-sign Oladipo now that he’s wearing their uniform, but the team can certainly use as much of Oladipo’s production as possible. The hope is that once Oladipo gets comfortable with his new teammates, he’ll be able to play both ends of the back-to-back contests.