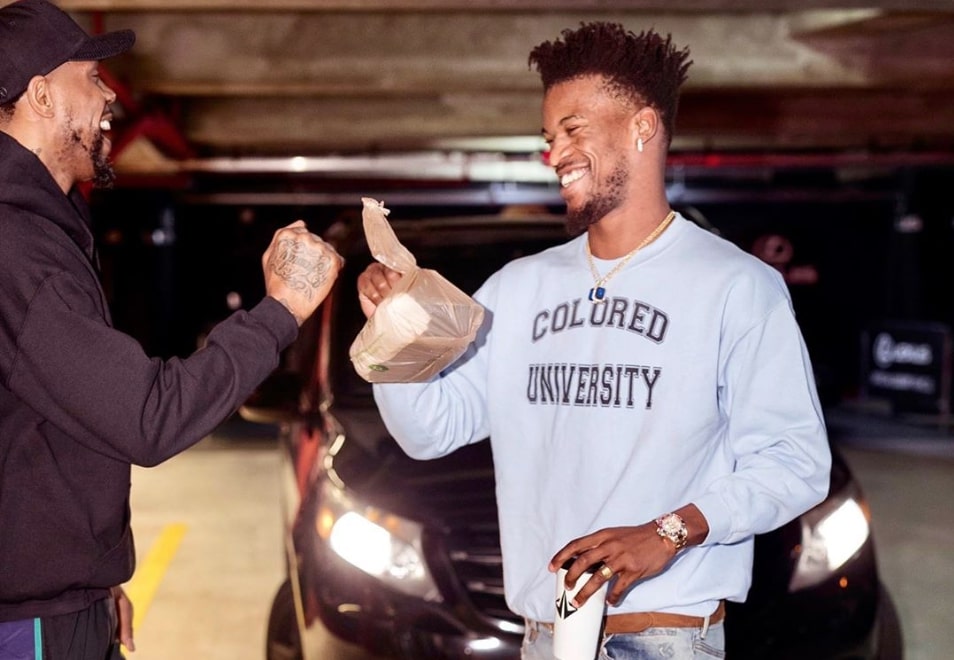 Udonis Haslem may have taken a shot at Jimmy Butler’s former teams and teammates in a recent Instagram post.

Haslem posted a photo of him and Butler having a great time hanging out, with the former giving props to the latter for being a great teammate in the caption.

News Flash… @jimmybutler is a really great teammate… Sorry guys… We happen to like him here… lol‼️ ???‍♂️ #nailsofinstagram

Butler has been a model citizen for the Miami Heat this campaign, showing the kind of leadership that the team desperately needed after Dwyane Wade retired at the end of last season.

The five-time All-Star, who previously played for the Chicago Bulls, Minnesota Timberwolves and Philadelphia 76ers, had a reputation for being difficult to please and a player who didn’t get along well with his teammates.

His reputation, whether warranted or not, took a hit once again after a contentious stint with the Timberwolves last season. Butler was critical of his Wolves teammates which ultimately led to a trade with the Sixers during the 2018-19 season.

After coming to Miami in the offseason, however, he has proven that he may have simply been misunderstood by both management and players.

Haslem is the latest teammate to support Butler, who is well-loved by his Heat teammates.

They supported him during a confrontation with the Indiana Pacers’ T.J. Warren last month. Rookie Tyler Herro called the veteran forward one of the best teammates and leaders he’s ever had, and Heat head coach Erik Spoelstra recently praised Butler’s leadership.

He may not have the most amiable personality, but Butler has shown that he’s a player who can lead a team when placed under the right circumstances. Even if based on Haslem’s post alone, he has proven that he can be a good teammate as well.